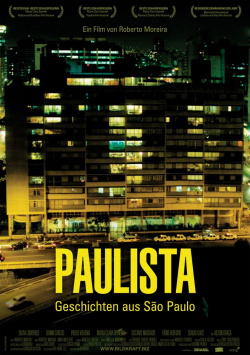 On the Avenida Paulista in the heart of S&atilde;o Paulo pulsates life. One of the reasons why young actress Marina (Silvia Lourenco) has been drawn from the provinces to the metropolis of millions. Here she hopes to finally be able to advance her career. But when she meets the singer Justine (Danni Carlos), she also learns about completely new and unexpected passions.

Similarly, the divorce lawyer Suzana (Maria Clara Spinelli), with whom Marina has moved in as a subtenant. Until now, the young woman had led a rather secluded and career-oriented life with her two cats in her high-rise apartment on Avenida Paulista. But now she is being courted by her attractive colleague Gil (Gustavo Machado), an at first unusual but then thoroughly delightful experience for Suzana. But unfortunately there is still a secret from her past that could make a serious relationship with Gil impossible.

Relationship problems also have the writer Jay (F&aacute;bio Herford), who also lives in the high-rise. For he is madly in love with prostitute Michelle (Leilah Moreno) and would so love to share all his thoughts, his dreams and his life with her. But Michelle only wants his money. To her, Jay is just a client, a circumstance the writer is determined to change. But it will take the perfect gift. Marina, Jay and Suzana - three people whose paths cross by chance and yet who have one thing in common: the search for love and for the fulfilment of their dreams. And a city like S&atilde;o Paulo should be just made for that.

Paulista - Stories from S&atilde;o Paulo is an engaging metropolitan ballad that shows a face of the Brazilian metropolis of millions that is still quite unconsumed in cinema. While many other filmmakers tend to set their stories in the favelas, focusing on the problems in the huge slums, Roberto Moreira deliberately moves away from this region of the city to a middle class whose desires, worries, passions and problems are precisely not directly determined by their surroundings and are thus accessible to a wider audience.

What Marina, Suzana and Jay experience could happen in this or a similar form in many other major cities, whether in London, Paris, New York or Berlin. Their stories are universal and thus in some ways comprehensible. Immersed in atmospheric images and accompanied by a rousing soundtrack, the audience is literally drawn into the maelstrom of longings by the atmosphere thus built up, giving the film a convincing credibility and power.

There is really only one real problem with this. As much as Moreira succeeds in making the characters' actions comprehensible, their actual motives remain obscure. For example, you can believe that Jay is in love with Michelle and wants to win her heart at all costs. But why it has to be her of all people, who at least in the movie never gives him the feeling that he is more to her than just a customer, isn't really apparent. It also becomes clear that Marina falls for Justine's charisma. But why a look and a certain song are enough to do that is only partially understood. This takes away some of the emotional depth that allows the viewer to identify with the characters.

Paulista - Stories from S&atilde;o Paulo is by no means a bad film because of this, but it loses noticeably of the potential power that lies in the images, the music and the stories that are in themselves very close to reality, which Mareira also doesn't allow a clear conclusion to. At the end you feel a bit left hanging in the air, which is in a way only consistent. Because life doesn't always offer a clear and happy ending, but consists of a string of beautiful, but also sad moments, which in the end are only small steps on a much bigger path. And Mareira just doesn't trace the great path of its characters, but only delivers a short snapshot with all its ups and downs. If you can get involved with it despite the minor flaws and if you are interested in Brazilian art house cinema of a refreshingly different kind, this big city drama can definitely be recommended to you. Worth seeing