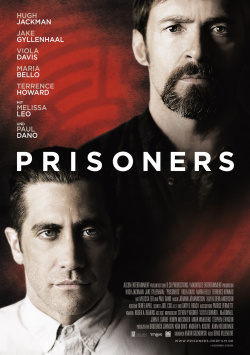 Every parent's worst nightmare becomes a terrifying reality for two Pennsylvania couples. When little Anna (Erin Gerasimovich), the daughter of Keller (Hugh Jackman) and Grace Dover (Maria Bello), disappears without a trace along with Joy (Kyla-Drew Simmons), the daughter of Franklin (Terrence Howard) and Nancy Birch (Viola Davis), at a Thanksgiving dinner together, the distraught must expect the worst. While Grace in particular goes into a paralyzing state of shock, Keller does everything in his power to recover his beloved child. Although investigating detective Loki (Jake Gyllenhaal) promises to do everything in his power to find the girls again, Keller doesn't believe the police can really help them. When Loki is forced to release the only suspect, the mentally retarded Alex Jones (Paul Dano), even though the evidence is against him, Keller is finally convinced that only he can save his daughter - and so he takes the law into his own hands.

With Prisoners, Canadian director Denis Villeneuve delivers a more than worthy and no less intense follow-up to his Oscar-nominated drama The Woman Who Sings. Buoyed by great actors and immersed in a gritty, dreary visual language, Prisoners completely captivates its audience after just a few minutes and keeps its tension almost constantly high for much of its nearly two-and-a-half hour running time. Admittedly, there are always very long, quiet moments in which nothing really exciting happens or the plot is pushed forward at a fast pace. But because of the underlying atmosphere of the production and the intensity of the story, the force with which the viewer is literally pressed into the seat hardly diminishes even in these quiet scenes.

Certainly, you should have a soft spot for thrillers that are less driven by action and more primarily by very human drama and fundamental questions about morality, reason, and vigilante justice. True, there are some scenes where the viewer is exposed to very extreme brutality. Still, Prisoners is first and foremost a film that plays out on a deeply emotional as well as intellectual level. Villeneuve doesn't want to simply sprinkle his audience with light, suspenseful entertainment. He demands a lot from the viewer, and it is of enormous importance that the brain is not surrendered at the box office, as is the case with many other films of advantage, but remains constantly activated.

In addition to the stirringly staged story and the work of cinematographer Roger A. Deakins, which is magnificent in a depressing way, Prisoners is able to unfold its full power especially through the acting of the actors. Everyone involved delivers performances on a very high level, be it Paul Dano, Terrence Howard, Melissa Leo or a truly outstanding Jake Gyllenhaal. But the biggest impression is undoubtedly left by Hugh Jackman. He plays the rough-around-the-edges handyman, who is driven to extreme desperation out of fear for his daughter's life, with a power and intensity that has not been seen from him in this form before. At least an Oscar nomination for this performance is actually mandatory!

Prisoners skillfully plays with the classic motifs of the thriller, provides here and there with cleverly placed twists for the surprises that are necessary to keep the very high level of tension and spices the whole thing with interesting and emotionally involving character drawings, through which any emotional distance to the audience is reduced. This, of course, makes the film much more intense. However, it's not quite enough for a perfect movie enjoyment, as the ending could have definitely been a bit more consistent or at least a bit more ambiguous. The big punch in the stomach that Villeneuve delivered in The Woman Who Sings is unfortunately missing here, even though the potential for it was almost within reach. But even if the effect of the film is diminished a little bit in the end, Denis Villeneuve has succeeded in making a really excellent thriller that proves that sophisticated entertainment cinema that makes you think long after the credits roll is definitely possible. And viewers who appreciate such thriller-dramas should definitely appreciate that with a visit to the cinema. Absolutely worth seeing!

Cinema trailer for the movie "Prisoners (USA 2013)"
Loading the player ...