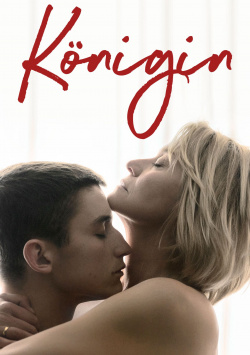 As a lawyer for family law, Anne (Trine Dyrholm) advocates for children and adolescents who are abused or abused. Every day she fights against social grievances that could not be further from her life. With her husband Peter (Magnus Krepper) - a successful doctor - and her two daughters she lives in a beautiful house. Anne does not let anything or anyone stop her from going her way. But that changes when the 16 year old Gustav (Gustav Lindh), Peter's son from his first marriage, moves in with them. Peter hopes to steer his rebellious filius back on the right track through orderly family life. But Anne's initially maternal feelings turn over time into a passionate relationship between the woman and the youngster, which could destroy everything that Anne has built up. And she cannot allow that to happen under any circumstances.

"Queen" was Denmark's Oscar-winning contribution in 2020. The drama by director May el-Toukhy lives from a very interestingly drawn main character. At first, Anne seems a bit undercooled to the audience, maybe even arrogant. She isn't a real sympathetic person - at least not at first. But the picture changes the more she reveals herself - only to turn around again. It quickly becomes clear that Anne is a much more complex character than it first appears. It is exciting to see how she deals with the loss of control over her feelings and how she, of all people, as a family lawyer, justifies her affair with young Gustav. </The very calm narration gives the story an additional drama, because the audience can watch Anne destroy her own life piece by piece - and at the same time accept that Gustav has to suffer emotionally. On the other hand, the rather explicit sex scenes show how much passion and feeling there is between the two - and how much Anne in particular seems to lose herself in it. Great praise is due here not only to the filmmaker for the sensitive way in which she tells the story, but also to Trine Dyrholm for her extremely strong acting, which contributes greatly to Anne becoming such an interesting character. </p>

"Queen" is a stirring drama until the stirring end, which may be a little bit dragging at some points, but overall it convinces with atmospheric pictures, a convincing ensemble and a strong story. Unfortunately the theatrical release was cancelled, but the film is now available as video-on-demand on all common platforms like Apple TV or Prime Video. Absolutely worth seeing!

Cinema trailer for the movie "Queen (Dänemark 2019)"
Loading the player ...