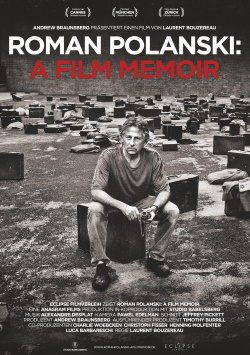 Award-winning director Roman Polanski was arrested in Los Angeles in 1977 for alleged sexual contact with a minor. The trial quickly turned into a media mudslinging match, which Polanski eventually escaped to London and later Paris. Since then, Polanski has not been allowed to enter the U.S. or he would be arrested immediately. The warrant for his arrest is still active, although the prosecutor has since forgiven him. All the more surprisingly, in 2009, on his way to the Zurich Film Festival, Polanski was arrested by Swiss authorities, who placed him under house arrest for several months at his home in Gstaad. There, Polanski met with his longtime friend, film producer Andrew Braunsberg, to talk about his troubled life. Recorded by Laurent Bouzereau, Polanski's cinematic memoir was thus born.

Roman Polanski - A Film Memoir lets the director look back on his childhood in the Krakow ghetto, on his first deep friendship, which was tragically ended by the Second World War, on his relationship with his father, which was also strongly influenced by the war, on his beginnings as an actor and filmmaker, and on his career, which was marked not only by commercial successes and defeats, but also by many personal strokes of fate, such as the murder of his pregnant wife Sharon Tate.

Laurent Bouzereau, who has made a name for himself with first-rate making-of documentaries on various Steven Spielberg films, among others, spices up Polanski's narration with lots of photos, footage and making-of material from some of the director's films. This of course makes this documentary primarily a must-see for all film historians and fans of the filmmaker. But since much of it is about Polanski's life and his own personal successes and tragedies, the film will also appeal to viewers who have a penchant for fascinating portraits of interesting personalities.

And Polanski proves to be just that throughout the film. His narratives are very engaging, though little lengths do creep in here and there that could have easily been avoided with a little tighter editing. But this doesn't really detract from the film. If the documentary has a shortcoming, it's Andrew Braunsberg, who repeatedly interrupts his interlocutor, especially at the beginning, in order to finish his sentences before Polanski has the chance to do so. Fortunately, this can only be observed to a greater extent at the beginning of the film. As soon as Polanski has found his flow of speech, he is not easily interrupted.

If you are primarily hoping for an examination of the scandal that led to Polanski's arrests in 1977 and 2009, you should rather watch the documentary Roman Polanski: Wanted and Desired, as it deals with the whole thing in much more depth than Bouzereau's film. But if you are interested in Polanski's entire life and work and want to get a very personal insight into the filmmaker's mind, you can't go past this cinematic memoir. Worth seeing