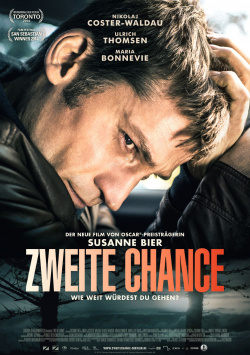 Police Commissioner Andreas (Nikolaj Coster-Waldau) has his hands full at the moment, both professionally and privately. While at home he has to take care of his wife Anna (Maria Bonnevie) and his son Alexander, who is only a few weeks old, on duty he is worried about his colleague and best friend Simon (Ulrich Thomsen), who tries to numb the frustration about his divorce with alcohol and regular visits to the strip club. Although it is a very emotionally upsetting time, Andreas always manages to keep his composure. Until one day the police are called to the apartment of an old acquaintance, the junkie Tristan (Nikolaj Lie Kaas), after he has had what appears to be a physical altercation with his girlfriend Sanne (May Andersen), who is also a drug addict. In the completely filthy apartment they find a small baby. At the sight of the neglected child, Andreas goes berserk. But although the authorities are informed and the child is taken into the care of the youth welfare office, the junkie couple gets little Sofus back after a short time, as the boy is neither sick nor malnourished. When Andreas and Anna are hit by a heavy blow of fate a few days later, the young policeman makes a momentous decision...

With Second Chance, director Susanne Bier has followed up her Oscar winner In a Better World with another gripping drama that goes for the heart with a depressing ruthlessness and great acting performances, and from there hits the pit of the stomach with full force. The title is to be understood ambiguously. For on the one hand it is clear to Andreas that his actions not only give little Sofus, but also himself and his wife a second chance at a happy life. At the same time, however, he becomes more and more aware that perhaps a fallen woman like Sanne also deserves a second chance. But by ruthlessly tearing down all facades, Bier ends up impressively showing how destructive and wrong societal prejudices can be.

As a viewer, you are clearly on Andreas' side at first. Even if some moral doubts may arise, it seems beyond doubt that the policeman and family man acts absolutely right. Not lawful, but right! And this is precisely where the strength of the drama lies. Through skilfully placed twists and turns, the director shatters this very image, not only stirring up the audience emotionally to an extreme degree, but also ensuring an ending that will have you thinking about it for a long time to come. Anyway, the drama has many moments that won't let go of the viewer anytime soon. This is extremely hard to digest fare and certainly nothing for a relaxing evening at the movies. But both acting, as well as dramaturgically, the film has such a great intensity, as it is so rarely experienced.

On the gloomy heaviness of Second Chance, you have to be able to get involved. Young parents in particular might find some aspects of the story very difficult to bear. But if you appreciate high-quality, atmospherically dense and morally highly interesting dramas and already liked Susanne Bier's earlier films, you shouldn't miss this haunting work. Definitely worth seeing!