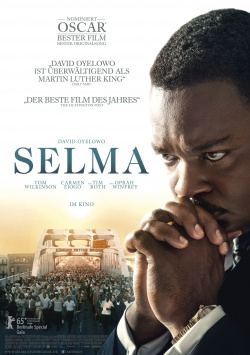 America in 1965: Although the right to vote for African-Americans formally seems to be a big step towards combating racial segregation, the reality is quite different, especially in the racist South. Here it is made almost impossible for black citizens to put their right into practice. And no opportunity is missed to make them feel that they are only considered second-class citizens. For the newly crowned Nobel Peace Prize winner Dr. Martin Luther King (David Oyelowo), these are intolerable conditions. Since President Lyndon B. Johnson (Tom Wilkinson) does not want to deal with the problem to the extent necessary and is playing for time, King wants to set a peaceful example in the small town of Selma that will shake up the entire nation. But while he may well have expected violent opposition from the sheriff, law enforcement and state police, he has no idea what far-reaching and tragic consequences the protest march in Selma will have.

It's hard to believe, but true: Selma is the first film to star Dr. Martin Luther King. Until now, no filmmaker had dared to make a biopic about this important civil rights leader. Yet, more than fifty years after his assassination, his work and the message he sought to convey in his non-violent struggle are still of enormous importance and the problems he sought to address are still frighteningly relevant. Given the events of the last few months, which have shown that racism in the US is far from a thing of the past, Ava Duvernay's film is not only long overdue, but hugely important.

It has been a good decision for Duvernay not to direct a comprehensive biopic of King's life, but to focus on one crucial event. This allows her to focus entirely on laying out the social mood in the U.S., the strained relationship between King and President Johnson, or even the difficulty of maintaining nonviolent protest and not letting it degenerate into civil war. With these ingredients, she is able to tell an extremely rousing, stirring and inspiring story that should definitely reach as large an audience as possible. After all, at a time when prejudice, fear of foreigners or hatred of otherness seem to dominate world affairs, Selma's message is more important than ever.

Besides that, Duvernay has simply succeeded in making a good film. Lead actor David Oyelowo almost completely disappears behind the character of Dr. Martin Luther King, whose gestures and facial expressions he has brilliantly internalized. Even his tone of voice he imitated perfectly, which is however only clear in the original English version. But also the supporting actors, starting with Tom Wilkinson as US President Johnson over Oprah Winfrey to Tim Roth, all deliver great performances. The technical aspects such as set design, camerawork or the music also make for an extremely coherent overall picture, which is undoubtedly one of the great highlights of the 2015 cinema year. A great drama that challenges the viewer and invites him to delve deeper into the background. For this there is a very clear: Absolutely worth seeing!

Cinema trailer for the movie "Selma (Großbritannien/USA 2014)"
Loading the player ...