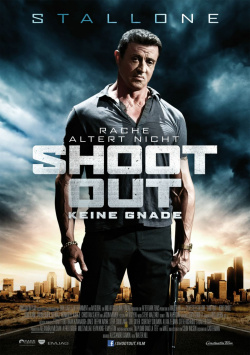 For professional killer James Bonomo (Sylvester Stallone), called Jimmy Bobo, there are few moral boundaries. But there is one taboo in his job: never would Jimmy kill an innocent person. Too bad his principles have fatal consequences on one job: a witness who could identify Jimmy and his partner Louis (Jon Seda) survives. Apparently, that's the reason Louis is killed by the merciless hitman Keegan (Jason Momoa), who was sent after the two by Jimmy's employer. And Jimmy's life doesn't seem to be worth a damn either. At the same time a new lead in an old case leads the young detective Taylor Kwon (Sung Kang) from Washington to New Orleans and directly to Jimmy. Actually, Taylor wants to arrest the hit man right away. But circumstances force the two men to enter into an involuntary partnership to expose the powerful string pullers in the background and bring them to their just punishment. But that's easier said than done, especially since high-ranking cops also seem to be involved.

With Shootout - No Mercy, action veteran Walter Hill delivers an absolutely solid directorial comeback after a ten-year absence from the movies. His production, however, more than once leaves the impression that Hill is stuck in the time of his creative peak. Not only Stallone's pithy lines, but also the execution of the action sequences seem taken straight out of the 80s action movie manual. Also the relationship between Jimmy and Taylor, which is strongly reminiscent of the buddy cop flicks, which also includes Hill's classic Only 48 Hours, seems anything but modern. Really, this couldn't be criticized if the chemistry between Stallone and Sung Kang was right. But while Stallone does a really good job as the taciturn killer, Sung Kang remains rather pale throughout, which is why his character is also the biggest weakness of this otherwise entertaining thriller.

On the other hand, Jason Momoa, known from the rather disappointing Conan remake and the first season of Game of Thrones, scores real points. His Keegan is a true killing machine who is a match for Jimmy. The fight sequences between the two and especially the furious finale are really fun and raise the entertainment value of the film significantly. Here Hill shows impressively that he has not forgotten his craft and still knows very well how to stage engaging action and exciting duels.

Shootout - No Mercy is based on the popular graphic novel Bullet tot he Head by Frenchman Alexis Nolent (aka Matz), of whose noir feel, however, as little is left here, as of the cleverly constructed story. The script by Alessandro Camon is very simple, without a deeper drawing of the characters as well as sophisticated dialogues. Instead, a very simplistic conspiracy story dominates, filled with all sorts of clichés. That's absolutely sufficient for the moment and for long stretches it's also very entertaining. But the thriller can't leave a lasting impression. And since, in addition, the fun factor, with which Stallone and his Expendables could please, is almost completely missing, a clear recommendation can only be given to those viewers who like gritty action thrillers with a high 80s feel and can completely do without surprises or pretension!