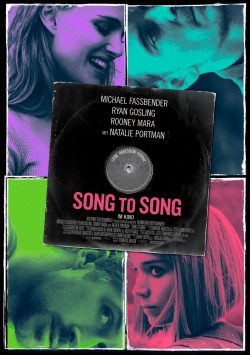 Love, deceit, love triangles and lies in the music business - that's the plot framework of Terrence Malick's new film. Nothing more really needs to be said about the content of Song to Song. Because as in his last films, there is no dramaturgical structure in the classical sense, but only short snapshots, mostly accompanied by music and sometimes unintentionally funny voice over comments. Beautiful pictures of beautiful people - unfortunately, that's all this Malick film has to offer. The filmmaker, who once belonged to the greats of his guild, becomes more and more an involuntary parody of himself.

Referring to the title of the film, one could now argue that the individual episodes are like the songs of a long-playing record (or in this case a many-too-long-playing record) and the story is told from song to song, so to speak. A pretty explanation in itself, which would then work had Malick not used the exact same narrative style actually in every one of his films since Tree of Life. What may have worked in some respects in Tree of Life's esoteric look at life is now just annoying. It's a shame that a man who was once not only a visually masterful director but also an interesting storyteller is now just delivering such rubbish.

And even sadder is that he keeps finding good actors willing to sell themselves completely short to do it. Because the actors like Ryan Gosling, Michael Fassbender and Natalie Portman aren't allowed to deliver more than standing around, touching each other, dancing around or gazing questioningly into the distance. Cate Blanchett is relegated to a brief cameo and the many guest appearances by well-known musicians also last only fractions of a second without contributing anything to the film.

Sure, there will still be some diehard Malick admirers who simply love his style and who will again find this film quite magnificent. That's all well and good. But no one who compares a masterpiece like The Narrow Ridge - Terrence Malick's last really good film - to this piece of trash will be able to claim that both films are even close to being in the same league. Therefore: Only for viewers who think Knight of Cups and Tot he Wonder are great masterpieces, Song to Song is still worth seeing. For all others: Hands off, two hours of watching the screensaver is cheaper!