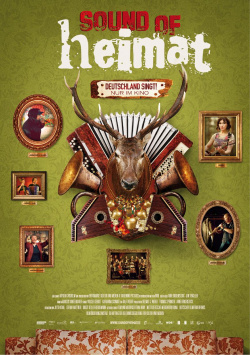 The relationship of the Germans to folk music is not a particularly good one. At least the one that is carried to the outside. You could almost get the impression that people in Germany actually only sing happily in public under the influence of alcohol. But is that really the case - and if so, why? New Zealand musician Hayden Chisholm, who calls Cologne, where he studied saxophone, his adopted hometown, explores this question in the documentary Sound of Heimat - Germany sings! On his journey across Germany, Chisholm makes an interesting discovery: folk music not only has a much greater diversity than various television programmes initially give the impression. The music is also celebrated by an astonishing number of people as an expression of their roots and their identity.

Whether at the amusing Antistadl in Bamberg, yodelling exercises in the Allgäu, a sailing trip on the North Sea or the reinterpretation of old folk songs by the artist and musician Bobo, Chisholm always meets people, including an astonishing number of young music lovers, who pursue their love of folk music in different ways. This is sometimes filled with enormous joie de vivre, sometimes dominated by tradition, and other times with a bit of melancholy, but always filled with quite a bit of passion.

Throughout, the film thrives on the people Chisholm meets on his journey. They are the ones who make this musical journey through Germany sometimes amusing, sometimes moving, charming and varied. For in terms of content, the film doesn't offer the depth one might have hoped for. Instead of really questioning the difficult relationship of the Germans to their folk songs, they prefer to make music for all it's worth. As a result, minor stretches occur here and there, where one would have wished that instead of extended musical pieces, the discussion of the initial question would have gone beyond a rather generic das hat sicherlich etwas mit dem Nationalsozialismus zu tun.

However, even if the documentary has a certain thematic superficiality, it's hard to fault it for it. For Chisholm's likeable manner and the endearing way in which he portrays the music-making people of his adopted country is so engaging, and the good humour pulsating especially during his visits to Cologne and the Antistadl in Bayreuth so infectious, that one is happy to overlook any weaknesses in the content. If you are interested in folk songs (and not the folk music you like to see on TV) and want to go on a very special musical journey through Germany, this nice documentary can be warmly recommended. Worth seeing