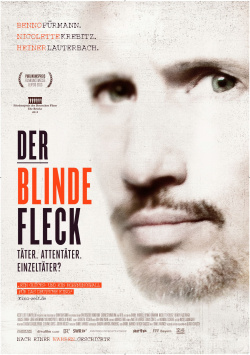 On September 26, 1980, many thousands were partying exuberantly at Munich's Oktoberfest until an explosion at 10:19 p.m. killed 13 people and injured another 211, many of them seriously. It was one of the most serious acts of terrorism in German post-war history, which still raises many unanswered questions today. The alleged perpetrator was quickly found. The 21-year-old student Gundolf Köhler from Donaueschingen was identified by the investigating authorities as the bomber. He had acted as a lone perpetrator and without any political motivation. This is a highly controversial result of the investigation, which is contradicted not only by several witness statements that have not been taken into account. Journalist Ulrich Chaussy (Benno Fürmann) also doubts the lone perpetrator theory. And indeed, his research soon reveals a number of inconsistencies. In his private life, for example, Köhler was by no means the isolated loner that he was portrayed as in the investigation report. In addition, there are clear connections to the radical right-wing scene, which were also ignored. Together with Werner Dietrich (Jörg Hartmann), the lawyer of the victims, Chaussy wants to find answers to his questions and comes to the assumption that the head of the State Security Dr. Hans Langemann (Heiner Lauterbach) knows much more than he is willing to admit.

Based on the research of Ulrich Chaussy, filmmaker Daniel Harrich has directed Der blinde Fleck, an atmospheric conspiracy thriller that is extremely suspenseful and highly interesting precisely because of its real-life background. Sure, there are some elements of the plot that are not perfectly realized. For instance, the scenes dealing with Chaussy's marriage seem rather irrelevant to the actual story. Certainly, it is important to show the impact that the journalist's very dogged and protracted research had on his relationship with his colleagues and on his personal life. But since this is dealt with rather incidentally, the strain that eventually becomes too much for his wife Lise (Nicolette Krebitz) becomes hard to comprehend. And as a result, Lise comes across as more of an uncomprehending bitch - which was certainly not the director's intention.

But this is admittedly only a very minor weakness in an otherwise very accomplished production that, while not quite reaching the class of great conspiracy thrillers like The Untouchables or The Three Days of Condor, comes damn close in its best moments. An oppressive mood and the very good actors ensure that despite a rather slow narrative pace, the suspense remains at a pleasantly high level until the end. Besides a convincing Benno Fürmann, an ice-cold Heiner Lauterbach and August Zirner leave a lasting impression. Overall, Daniel Harrich has managed to get a great ensemble for his cinema debut in front of the camera, from which the film can benefit even in the somewhat weaker moments.

But as good as the actors are, The Blind Spot lives primarily on its story. And this is not only because of its explosiveness and because of the harrowing tragedy of the terrorist attack extremely stirring and exciting. It is true that some important questions remain unanswered at the end, and not only in the film. But the fact alone that the film raises these very questions again and calls what was done wrong in the investigation consciously or unconsciously back into the consciousness of the audience, makes it not only exciting and entertaining, but also in a way very important. And for fans of the genre, it's just very nice to know that something like the classic conspiracy thriller still exists! And for that, despite some small dramaturgical weaknesses, there is a more than deserved: Worth seeing!

Cinema trailer for the movie "The Blind Spot (Deutschland 2013)"
Loading the player ...