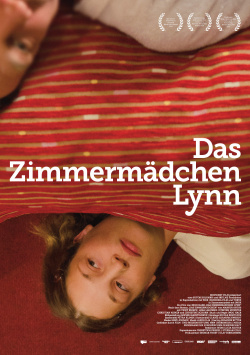 Lynn (Vicky Krieps) likes it clean. It's not just in her apartment that you look in vain for any dirt. Also the rooms in the hotel, in which the young woman works, are always spotlessly clean. But even a clean woman like Lynn has a dirty little secret: every Wednesday she lies under one of the hotel beds and eavesdrops on the guests residing there. So she witnesses private telephone conversations, listens to a guest playing computer games, or watches a woman rid herself of her uncomfortable footwear after a hard day. These are very personal moments that are revealed to her here, as the guests feel completely unobserved. So far, Lynn has also managed to remain unobserved with her completely unassuming manner. But then one day she witnesses a hotel guest's lovemaking session with call girl Chiara (Lena Lauzemis). Chiara's dominant manner is so attractive to Lynn that she makes a decision that is completely unfamiliar to her...

Ingo Haeb immerses his audience in the life of a very unusual young woman in The Chambermaid Lynn. Based on the novel Das Zimmermädchen by Markus Orths, he uses a mixture of humour and melancholy to show how an introverted woman sneaks into the lives of strangers to escape the problems in her own. At times this is delightfully absurd and heartily funny, but at other times it is somewhat depressing and sad. In the chamber-play-like production, there are rarely more than two people on screen at the same time, so it can rightly be said that Vicky Krieps almost single-handedly carries the film.

Therefore, it is this performance, which was awarded the Förderpreis Neues Deutsches Kino, that leaves a particular impression. Even though Lynn is clearly an artificial character and Krieps` acting therefore doesn`t necessarily come across as natural, it brings this mysterious and also interesting character thrillingly to life. It is simply fun to discover the different facets of the maid that Krieps gradually reveals - especially because this is often done extremely subtly. It's a shame that this performance isn't better supported by the script. After all, the fact that too much about Lynn remains hidden makes her a very difficult character to access, whose motivations you as a viewer can too rarely really comprehend.

But not only out of the main character, but also out of the really nice basic idea, too little is simply brought out in the end. For a short movie the material would have been perfect, but over 90 minutes some scenes drag on a bit too tedious and inconsequential. And although both the story and its characters have some fascinating aspects, it can't be prevented that at some point boredom simply sets in. You have to be quite an enthusiastic lover of artistically valuable program cinema fare from Germany to really be captivated by this somewhat too unexcitingly told story until the end.

Those who don't mind the very quiet, somewhat unwieldy production and simply want to experience acting cinema spiced with slightly quirky humor will be thrilled by Vicky Kripes alone, but also by the strong performance of Lena Lauzemis. But if you need clearly fleshed-out characters and a plot that doesn't feel like a bloated short story, you're likely to be disappointed by this unusual pillow talk. Worth watching with reservations!

Cinema trailer for the movie "The maid Lynn (Deutschland 2014)"
Loading the player ...