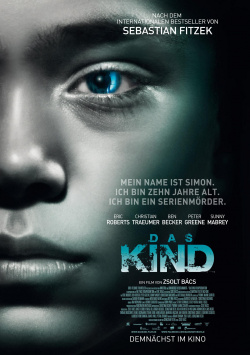 After defense attorney Robert Stern (Eric Roberts) is persuaded by his ex Carina Freitag (Sunny Mabrey) to meet with an unknown client on an old industrial site, he has no idea what mysterious story he will be drawn into. The client is Simon (Christian Traeumer), a ten-year-old boy who is terminally ill. After a regression session with a therapist, he is convinced that he was a murderer in a previous life and that he hid one of his victims in this compound. And indeed, the boy leads her to the remains of someone who was murdered long before Simon was born. At first, Stern believes it's just a coincidence. But when he receives a disturbing phone call promising him the truth about the fate of his son, who supposedly died in childbirth, if he finds out within 24 hours who the killer of the body found on the industrial site is, the lawyer has to throw all his reservations overboard. With Simon's help and the support of his hulking sidekick Andy (Ben Becker), Stern embarks on a dangerous search for clues that puts more than just his life on the line...

The film adaptation of Sebastian Fitzek's bestseller The Child was a real project of the heart for filmmaker Zsolt Bács, who also co-wrote the screenplay with Fitzek. With little money available for the production, Bács also took on the role of producer, which not only gave him more work, but also more control in return. With an international cast that included German actors such as Ben Becker and Clemens Schick as well as international actors such as Eric Robert, Sunny Mabrey and Peter Green, the film was shot in Berlin in 2011 in English.

The result is quite respectable as a low budget thriller. The locations are atmospheric, highlighted by the good camerawork, and many of the actors perform absolutely solidly as well. Especially Ben Becker seems to have really enjoyed his role as a roughneck. However, only Dieter Hallervorden, who plays a completely untypical role, can really leave an impression. Admittedly, at first you expect him to give a cheerful Palim, Palim. But the scene that follows is so unpleasant and intense that you quickly forget that Hallervorden once made moviegoers laugh as the hilarious Didi.

The story also has quite a high potential for suspense and entertainment, which is of course primarily due to the good book. Despite all these positives, and despite the commendable efforts of the director and his team, the film rarely rises above the level of a decent TV thriller. While some scenes work really well and even have a decent goosebump effect, other moments seem a bit stilted and strained. The overall result is good, but in the end it lacks the final kick that turns a decent TV thriller into an exciting cinema thriller. Nevertheless, fans of the novel should support this low budget production that was put together with a lot of passion, which is why I give it a worth seeing despite the weaknesses!

Cinema trailer for the movie "The Child (Deutschland 2012)"
Loading the player ...