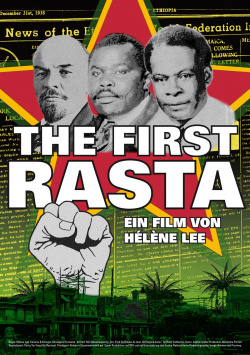 When the term Rastafari is mentioned, most people inevitably think of reggae music, Bob Marley, dreadlocks and the consumption of marijuana. But probably very few people in this country know about the religion behind the term and its origins. Journalist Hélène Lee, who has long been intensively involved with Rasta culture and has built up a correspondingly respected reputation over the decades, is now attempting to trace in her documentary The first Rasta how, in the course of the first half of the 20th century, a new world of marijuana and dreadlocks first developed in Jamaica. To achieve this, Lee traces the life of Leonard Percival Lowell (1896 - 1981), who is considered one of the co-founders of the Rastafarian religion. It presents a portrait of a man who left his homeland at 17 and in the following years in Russia and during his studies in the United States had gathered important impulses for his ideologies, which made him a celebrity after his return to Jamaica. His book The Promise Key, which he published under the pseudonym G. G. Maragh, becomes a driving force in the emergence of the Rastafarian movement. Again and again Lowell came into conflict with the police and other authorities because of his ideas and his open rejection of the British colonial power and was arrested a total of fifty times. The Pinnacle commune, which he founded in 1940, became the most important religious site for Rastafarian followers, but was a thorn in the side of those in power from the beginning, so that from 1954 onwards there were repeated arrests and finally, in 1958, the final destruction of the commune, whereupon Howell withdrew from the public eye. He is regularly tracked down by his opponents and committed to psychiatric hospitals until he dies in 1981, completely withdrawn.

The first Rasta is a very interesting film, as it reveals an informative and comprehensive insight into the emergence of a movement of which only a few symbols, such as reggae music, are usually known. It is clear from the documentary that the filmmaker really cares about Rasta culture and that she and her co-director Christophe Farnarier have done intensive research to trace the history of a single man, but also that of an entire country, in as much detail as possible. Since the whole thing is conveyed in a very factual way, viewers should be interested in the subject matter. Since a very complex topic and an extensive period of time are covered in a relatively short time and there is almost no archive material from Lowell itself, it is sometimes a bit exhausting to follow the explanations of the director and her interviewees.

In addition, viewers who expect The first Rasta to be a documentary about reggae music might be disappointed. Sure, the music plays an important role, but not the main one. The main role is played by Leonard Percival Lowell, whose influence can be observed not only in his home country until today. Therefore: if you want to know more about the Rasta culture and don't mind the somewhat dry presentation of the very interesting material, you shouldn't miss this documentary. Worth seeing

Cinema trailer for the movie "The first Rasta (Frankreich 2010)"
Loading the player ...