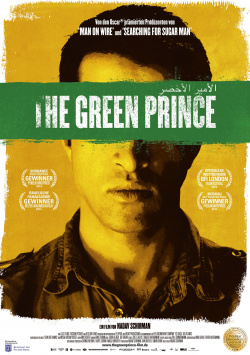 As Mossab Hassan Yousef, son of Hamas co-founder Sheikh Hassan Yousef, watches his father imprisoned again and again by the Israeli authorities, his hatred for Israel grows - a hatred he wants to express through force of arms. But before this can happen, Mossab is arrested by the Israeli secret service Shin Bet. During his imprisonment, Israeli agent Gonen Ben Itzhak manages to recruit Mossab as an informant for the Shin Bet. Under the code name The Green Prince, Mossab provides the intelligence service with important information that prevents numerous attacks. This cooperation lasted for over a decade, until Mossab decided to flee to the USA in 2005. But this is far from the end of his story.

A documentary that actually only shows two interviewed protagonists and a little archive material cannot really be exciting. It is not uncommon for such pure talking heads documentaries to be rather dry affairs, even if the subject matter itself may be very interesting. But The Green Prince manages the feat of building up extremely high tension despite a completely restrained production, which also carries this documentary for almost its entire running time. This is partly because director Nadav Schirman not only tells a gripping spy story, but also the development of a very special friendship. Between two men who should hate and distrust each other, a very special relationship of trust develops over the years that not only demanded enormous trust from them, but also made it necessary for them to turn their backs on their own kind.

Alone the transformation that Mossab undergoes over time, always aware that he is betraying his own family and putting his own life on the line, makes the film extremely engaging despite its rather dry production. His story also sheds a slightly different light on the Middle East conflict, which is unfortunately very much in the news again at the moment. Thus, The Green Prince is a really captivating, exciting, but also important documentary. Whether this must be seen in the cinema or not is a moot point. But there is no question that the film is absolutely worth seeing for politically interested viewers who are not deterred even by very factual and stylistically simple documentaries!

Cinema trailer for the movie "The Green Prince (Deutschland/Israel/Großbritannien 2014)"
Loading the player ...