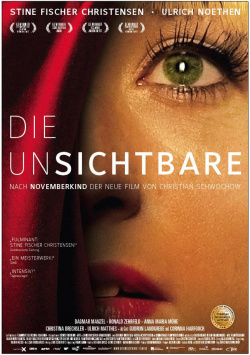 Actually, drama student Fine (Stine Fischer Christensen) dreams of having the big success on the boards that mean the world. But unfortunately she lacks the necessary self-confidence and in contrast to her fellow students she is downright invisible. While at home she sacrificially cares for her mentally handicapped sister, on stage she simply lacks the necessary energy to catch the eye of her teachers. And yet, renowned theatre director Kaspar Friedmann (Ulrich Noethen) chooses Fine to play the lead in his new play Camille. It's Fine's big chance. But since Camille has a completely different nature than she does, she is in danger of failing at the big challenge. But Kaspar believes in his new discovery and he challenges her to transform into Camille in her everyday life as well, to live this role and thereby face all her fears. But although this causes the young woman to grow more and more beyond herself during rehearsals, she threatens to lose herself in a self-destructive vortex.

The Invisible is the follow-up to Christian Schwochow's acclaimed drama Novemberkind. At first glance, the film seems to have strong parallels to the hit movie Black Swan. However, on closer inspection, the similarities that do exist are only on the surface. The film is convincing both as a look behind the scenes of the theater world and as a psychological drama about an internally torn young woman. It is the difficult decisions Fine has to make that make her character and the dramaturgy of the film so exciting. On one side is the family, the disabled sister who needs every bit of attention, devotion and care. The mother, who lacks any form of professional support for fear that her daughter might leave her alone with all her tasks and problems. If Fine chooses to be with her family, she lacks the strength and stamina to find herself on stage.

On the other hand is a possible theatrical career. But in order to be convincing in the eyes of her director, Fine must embark on a path that makes a normal family life, as well as a day-to-day love affair, almost impossible. Moreover, the young woman must be willing to go to her psychological limits and beyond, which ultimately raises the question of whether she is then really still herself or just a character she plays not only on stage but also in her everyday life?

The whole thing is engaging and very interesting, especially from a psychological point of view. However, the film is heavy on content due to the problem-laden life of the main character, which makes the whole thing seem a bit unwieldy for the viewer at times. But thanks to the good actors this weakness is ironed out. Especially the Danish actress Stine Fischer Christensen (After the Wedding), who learned German for this role, delivers an extremely strong performance, which alone makes the film worth watching. Certainly, Die Unsichtbare is not mass entertainment cinema, but rather melancholy German program cinema fare. But if you appreciate just that, you shouldn't miss this tightly staged and superbly acted drama. Worth seeing

Cinema trailer for the movie "The Invisible (Deutschland 2011)"
Loading the player ...