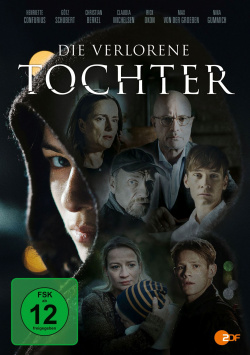 Film: Ten years ago, a small community in northern Hesse was shaken by the disappearance of Isa (Henriette Confurius). The daughter of a respected brewery family is pronounced dead after an unsuccessful search, and life in the small town slowly seems to return to normal. But ten years later, old wounds are reopened when Isa resurfaces. She pretends not to be able to remember anything. The former policeman Peter (Götz Schubert), who had an affair with her mother (Claudia Michaelsen) when Isa disappeared, won't let go and is determined to find out what happened ten years ago. Little by little, deep abysses are revealed that could expose the clean facade of an entire town as a lie.

Shot, among other places, at the Edersee and in the immediate region around the popular excursion destination, the mini-series The Lost Daughter can score especially with a very atmospheric imagery. But also the plot structure itself is excitingly implemented. Each episode begins with a flashback to the night Isa disappeared - each from the point of view of a different person. Thus, a puzzle is gradually put together, which has quite a few moments of suspense to offer.

Also acting, the mini-series directed by Kai Wessel (Fog in August) is on a good level. In addition to leading actress Henriette Confurius, especially Götz Schubert can convince as an obsessed ex-policeman, Claudia Michaelsen as a mother plagued by feelings of guilt and also Max von der Groeben as Isa's childhood sweetheart Robert. This all sounds very positive and it is - at least in the first episodes. Although there are already some small weaknesses - such as very clichéd characters - can be identified. But overall, the tension still prevails here.

But at some point, even this can no longer hide the fact that the story is increasingly lost in something arguably constructed twists. In addition, some moments drag on unnecessarily, so that especially in the second half here and there even a little boredom arises. In principle, the resolution isn't bad at all. The presentation on the other hand is rather unintentionally funny than really gripping. Too bad!

The Prodigal Daughter has a few very good moments. Unfortunately, the whole thing after a good start eventually runs out of steam, so that in the end a rather mixed overall impression remains. Unfortunately this is only enough for one: With cutbacks worth seeing!

Picture + Sound: The image lives on its good overall sharpness and atmospheric coloring. Especially in the outdoor scenes, the image depth can also please. All in all, the visual implementation is on a good TV level, which can also be said of the Dolby Digital 2.0 mix. Dialogue, unobtrusive music, and a few well-mixed ambient sounds dominate the tonal proceedings. Not spectacular, but good!

Extras: Bonus material has the DVD box unfortunately not to offer. However, the DVD comes with a booklet with interviews and background information about the series.

Conclusion: The prodigal daughter convinces with an atmospheric imagery and good actors. The story is very exciting, especially at the beginning, but can not keep the high level until the end. The resolution is dramaturgically not necessarily disappointing, but the implementation can not really convince. But thanks to some great pictures from the region around the Edersee, as well as the successful start, this mini-series is altogether well worth watching. The DVD presents the thriller drama in good picture and sound quality, but as a bonus there is only a booklet with info about the series.