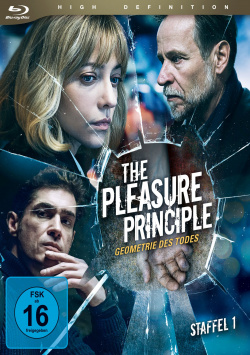 Content: The body of a young woman washes up on the beach in Odessa with her right arm severed. At the same time, an arm turns up in Warsaw and Prague first, followed shortly by the bodies that go with it. It soon becomes clear that there is a connection between the murders. And so very different investigators - the Ukrainian Serhij Franko (Sergey Strelnikov), the Polish criminal police officer Maria Sokolowska (Malgorzata Buczkowska) and the Czech criminal detective Viktor Seifert (Karel Roden) - have to work together, which is repeatedly complicated not only by their personal problems. It also seems clear that powerful masterminds want to prevent the murder cases from being solved - masterminds who do not shy away from further murders.

The crime series "The Pleasure Principle" is a Polish-Czech-Ukrainian co-production, somewhat reminiscent of the similarly structured series "The Team", which united investigators from Germany, Denmark and Belgium. The starting point here is the murders of young women, which point to a serial killer. Gradually it becomes clear that the case has much larger dimensions and reaches into the highest levels of power in politics. The dramaturgical structure is a bit puzzle-like at first, until the individual storylines come together. Due to the various locations, a particularly engaging atmosphere is created again and again, which is intensified by the sometimes very drastic imagery.

Admittedly, some dialogues are very clichéd. They are truly not the strength of the series. However, this is made up for by the very interesting drawing of the characters. As different as the investigators are, they have one thing in common: They all have their own baggage to carry besides investigating the murders. For example Maria - the most interesting character of the series in many scenes - who is also being investigated internally at the same time because she shot at a suspect. How the creators connect such personal conflicts of the protagonists with the actual criminal case is quite successful and gives the series additional tension.

There may be some lengths in the course of the ten episodes. And a few of the plot twists also feel a little contrived. But overall, the series leaves a very positive overall impression. Who likes dark thriller fare with a partly very clear imagery, "The Pleasure Principle" can be warmly recommended. Worth seeing!

Image + Sound: The color scheme is very atmospheric and, like the contrast balance and overall sharpness, can fully convince. Especially in the outdoor scenes, the high level of image sharpness is always pleasantly apparent. In darker interior shots, minor weaknesses become noticeable especially in the detail presentation, but this is only slightly noticeable in a negative way. The box set only provides a German audio track, which comes in a decent DTS HD MA 5.1 mix. This is primarily dominated by the dialogue, but can also create a pleasant spatiality here and there with coherent ambient noises and minor sound effects. Good!

Extras: Bonus material there is unfortunately not. However, the season does include a booklet with episode guide and character portraits.

Conclusion: "The Pleasure Principle" is a thrilling crime series that makes up for minor flaws like clichéd dialogue with interesting characters and a very atmospheric production. The Blu-ray can convince on a technical level, but there are no extras worth mentioning. For lovers of suspenseful crime series, where it is sometimes a little more violent to the point, these 10 episodes of the first season are absolutely recommended!