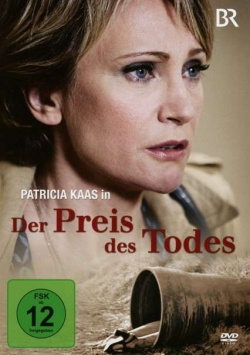 The Price of Death - DVD

Content: It was supposed to be a beautiful day - but it ended in a nightmare. Cathy (Patricia Kaas) got everything ready for her daughter Eva's (Clara Brajtman) surprise 20th birthday party. Cathy's ex-husband Richard (Serge Hazanavicius) has come as well as friends and relatives, the grill is fired up and a car is waiting in the garage for the birthday girl. When Eva still hasn't shown up after hours, Cathy's initial anger quickly turns into great worry, culminating in sheer horror for the separated parents. For Eva is dead. She was brutally murdered, and at first there is no trace of the perpetrator. While the police do everything they can to find Eva's killer, Cathy falls into a paralyzing faint. She doesn't know how to find her way back to life, especially as the investigation drags on unbearably long despite an initial arrest. Again and again in the weeks and months that follow, she is confronted with gruesome details about her daughter's death, and when Richard himself falls under suspicion, the mental strain seems almost unbearable...

The Price of Death is an intense drama about the worst nightmare imaginable for parents. The story is harrowing and moving and the acting of the cast is also compelling. Especially Patricia Kaas, who tries her hand as an actress for only the second time after a ten-year break, does a really good job as the completely broken mother. In itself, it is not too bad that the visual realization of the film is clearly noticeable that this is a TV production.

What hurts the drama, on the other hand, are the time constraints to which such a television format is exposed. Unfortunately, telling such a complex story with constant twists and turns in under 90 minutes inevitably entails a certain superficiality. There is simply not enough time to give the characters more depth or to thoroughly elaborate the story with all its aspects. Dramaturgically, the whole thing is reminiscent of the part of the first season of Inspector Lund that focused on the family of murdered Nanna Birk Larsen. This family, too, had to struggle with protracted investigations and constantly changing suspects. They, too, were really left with no time to properly cope with their grief. But while that can be carefully worked out over several episodes in a TV series, a 90-minute movie can just scratch the surface there.

This, of course, diminishes the intensity of the story considerably. Still, The Price of Death is not a bad or even shallow film. Director Thierry Binisti has enough experience in the television business to get the best out of the potential of the story, even in a very tight time frame. Despite all superficiality, he has succeeded in making a moving family drama that on the one hand shows how such a gruesome crime can destroy the bereaved, but at the same time shows the hope that the path to a better future is definitely possible by dealing with grief in a way that is worth living. And that is exactly why this TV success from France is also absolutely recommendable for all lovers of stirring TV dramas!

Picture + Sound: The technical realization of the drama is, like the production itself, rather unexciting. The audio comes in a very restrained stereo mix and the clean image presents itself with decent sharpness and an authentic looking colour scheme. It's not an audiovisual revelation, but overall it's more than satisfactory. Good!

Extras: While the DVD has only a single extra to offer. But this is a quite interesting and with 36 minutes also pleasantly extensive Making of, in which the creators and actors go into detail about the story and its cinematic realization. Good!

Conclusion: The Price of Death is a well-acted drama, whose intensity is actually only marred by the fact that the a longer period and quite a few twists comprehensive story is dealt with in a very short 88 minutes and thus remains here and there a little too superficial. But despite some small dramaturgical weaknesses, the film is absolutely worth seeing for friends of moving family dramas. The DVD presents the French production in good picture and sound quality, as extras there is a hearing film version for the visually impaired and a decent making of. Recommended