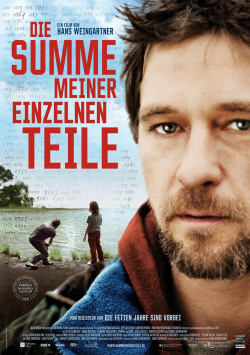 The sum of my individual parts

Actually, Martin (Peter Schneider) had a great career ahead of him as a brilliant mathematician in a renowned company. He had a good income, a girlfriend who loved him and thus actually everything you need to be happy. But then Martin simply overdid it and worked to total exhaustion. The result was a complete breakdown that took Martin all the way to a psychiatric ward. Now he is facing the ruins of his life. He can't get his job back, and his ex-girlfriend has since moved on. Martin falls more and more, loses himself in alcohol and delusions and finally ends up on the street. But then he meets a mysterious boy who only speaks Russian. A close friendship quickly develops between the psychologically exhausted man and the boy, who is already scarred by life at a young age, and they try to build a new life together in the forest - far away from everyday life, detached from all constraints and fears. But reality cannot be shut out so easily.

The Sum of My Individual Parts is the new film by Hans Weingartner, the director of The Fat Years Are Over or The White Noise. As with his earlier films, Weingartner was again concerned with a realistic production. The almost complete absence of background music and long passages of silence, in which the images are language enough, are among the stylistic devices with which Weingartner establishes this neorealismo style. In doing so, he quite clearly sets himself apart from common, mass-compatible tastes and appeals more to a small target audience that is willing to engage with the rather unwieldy production. Those who succeed in doing so may well discover an intense film experience here.

In the realistic-seeming setting, the question of perception of reality, which plays an important role in the film, is given a very special effect. Weingartner makes an impressive case for what it feels like to lose one's place in the world and no longer be able to accurately classify what is reality and what is perhaps only wish, dream, and fantasy. True, there are one or two scenes that, in retrospect, don't really make sense after the finale. But the production still remains effective.

Even more interesting is that the film addresses a phenomenon that seems to be gaining more and more importance in our meritocracy. The Burn-Out Syndrome is unfortunately really not a rarity anymore, but is still far too often played down, not seen as an illness or just dragged out to the total breakdown. Here, too, the film has a very realistic approach, which only loses some credibility towards the end, which, however, is again quite understandable and excusable from a dramaturgical point of view.

Apart from Weingartner's typical very one-dimensional portrayal of authority figures such as police officers, officials and doctors, The Sum of My Parts has an undeniable strength and fascination despite its difficult-to-access staging. For lovers of sophisticated art house cinema from Germany, the work is therefore: well worth seeing!

Cinema trailer for the movie "The sum of my individual parts (Deutschland 2011)"
Loading the player ...