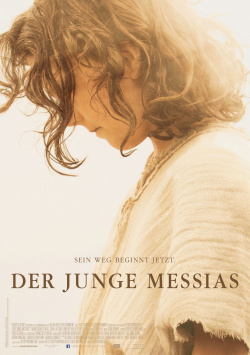 The story of Jesus Christ from the New Testament has been made into a movie several times. However, the childhood of the Messiah has usually been left out. Either the movies have been about the birth of Jesus or his final days leading up to the crucifixion. In 2005, bestselling author Anne Rice wrote Jesus Christ. Return to the Holy Land, the first fictional novel about Jesus' childhood, which was followed by another installment in 2008. Two other planned books were ultimately scrapped by Rice because of the controversies they might spark. But even though the planned tetralogy was ultimately not completed, Volume 1 now gets the honor of a theatrical adaptation. And by the time the credits roll, at the latest, one wishes that The Young Messiah, like volumes 3 and 4 of the series, had been finished while still in the planning stages.

The story is - at least for the target audience - not uninteresting. It tells of seven-year-old Jesus (Adam Greaves-Neal), who lives with his parents Mary (Sara Lazzaro) and Joseph (Vincent Walsh) in Alexandria. That's where the little family has fled from King Herod's henchmen. Here, they are actually safe. But when Jesus one day brings a dead boy back to life, it's time for them to move on. When Joseph receives a message in a dream that King Herod has died, he decides to return to Palestine with his family. But on the way, in front of the eyes of many people, Jesus heals his uncle who is seriously ill - and in doing so puts himself in mortal danger once again. For the Roman Centurion Severus (Sean Bean) attaches himself to his heels to kill the child. And as Mary, Joseph and Jesus must once again flee, a desire grows within the boy to finally find out who he really is.

The problem with The Young Messiah is not so much the story. This is actually quite interesting and exciting, and not just for devout Christians. Rather, the film fails because of the way it is told. The script can hardly get anything out of the novel, gets lost again and again in unspeakably flat dialogues and an extremely superficial character sketch. As a result, the characters become completely colorless and uninteresting. Director Cyrus Nowrasteh, who also co-wrote the script, also fails to get more than wooden performances out of his actors. His production as a whole seems more like a cheap TV production with amateur actors and not like a great cinematic epic. And that's what should have come out of a story like this.

You always get the feeling here that the makers tried so doggedly not to step on anyone's toes because of the religious theme that they not only took away all the rough edges from their film by doing so, but also flattened it to such an extent that it just became uninspired and boring in the end. This is really nothing for the cinema, but only for the moth-box and therefore only for very intrepid just worth seeing!

Cinema trailer for the movie "The Young Messiah (USA 2016)"
Loading the player ...