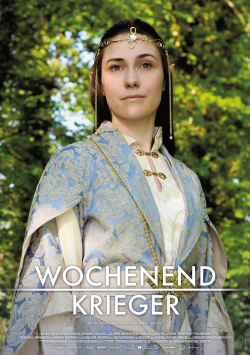 All over Germany, forests, meadows and fields are transformed with beautiful regularity into mystical worlds where elves, demons, orcs, wizards and witches meet in the eternal battle of good versus evil. Usually there are only small groups of these beings, but now and then up to 8,000 like-minded people come together to escape everyday life in a very special way. Anyone who thinks that these people are a small group of nerds who are far removed from reality is very much mistaken. In Germany alone, almost 250,000 members belong to the live role-playing community. Among them are teachers, artists, politicians, technicians - completely normal people from different strata of society. It's a motley crew united by one thing: their love and passion for roleplaying games.

In Weekend Warriors, filmmaker Andreas Geiger follows five of these people through their fantasy world and their everyday lives, creating a charming portrait of a community that is often ridiculed by outsiders, but which means a lot to its members than simply dressing up a bit on the weekend. The documentary focuses on Sven, an assembly worker at VW in Wolfsburg, who becomes the gardener of oily pestilence during the role-playing games, The teacher Chris, who transforms into the evil ruler of the void, the make-up artist Gregor alias archmage Lamathiel, the fashion design student Nicole, who becomes the queen of the elves, as well as Dirk, who repeatedly trades his job as secretary at the Green Party for his role as ruler of the undead flesh.

The film juxtaposes scenes from the role-playing games with glimpses of the protagonists' everyday lives, and spices it all up with some very candid interview sequences. This is sometimes very amusing, for example when Gregor leads the audience through the warehouse of his costume and accessories shop or when it is shown how an old worker's flag from GDR times has become a mermaid costume. But there are also some very moving scenes, such as when Nicole tells how she developed her love for fantasy worlds.

In many moments it would have been easy for the director to consign his protagonists to ridicule. But this does not happen at any moment. Rather, the film makes it clear how much effort and love these completely different people put into their passion and how much they also benefit from role-playing in their normal lives. The fact that the whole thing is presented with a very charming wink of the eye and, on the part of the five portrayed, sometimes with a bit of self-irony, lends the documentary a pleasant lightness that makes it extremely entertaining and worth watching, despite a few short lengths. So if you want to take a look into the very special world of live role-playing games, you should definitely not miss Weekend Warriors!