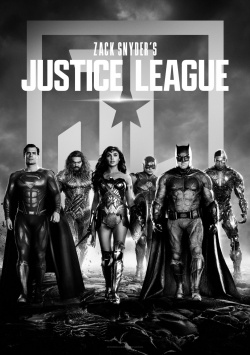 The story surrounding the superhero movie "Justice League" is almost more exciting than the movie itself: After a family tragedy, Zack Snyder was forced to drop post-production on the film in 2017. Since the studio didn't like his bleak vision, "Avengers" director Joss Whedon was hired to give the flick a little more levity. Whedon, however, completely reshot so many scenes that there wasn't much left of Snyder's version. In addition, he probably created a less than pleasant atmosphere on set: the result was a very discordant-looking film that is remembered (dubiously) more for Henry Cavill's too obviously digitally touched-up mustache than for its story or effects.

Because of the disappointing result also at the box office, not only fans but also numerous actors and actresses demanded that the studio release the Snyder cut after all. Zack Snyder himself confirmed its existence, although in many scenes the effects were of course not yet finished. For a release of the director's cut, more budget would have been necessary, which the studio did not want to invest at first. But the call for the Snyder cut became louder and louder. When Warner then went with the in-house streaming service HBO Max to the start, the time had come: Zack Snyder got the money to finish the effects, do some reshoots and add new music so he could show his vision of the film exclusively on HBO Max.

And that version is now being released worldwide - in Germany first on Sky, but later in May digitally and on DVD and Blu-ray. Not a single one of the scenes shot by Joss Whedon can be seen in the new version, but apparently really everything that Snyder had shot. And that is quite a lot. But before my actual review, I'd like to note a few things: Yes, I am one of the few who already liked the theatrical version. The only reason for that is that I really like Joss Whedon's way of writing dialogues and that's why I had a lot of fun with some scenes of the theatrical version. Yes, I didn't find the story that thrilling and some effects rather weak, but my original rating was quite positive at the time. With the new version I had a hard time with the 4:3 aspect ratio at first. In addition, especially the beginning of the 4-hour epic drags on. Nevertheless I have to say at the end: "Zack Snyder`s Justice League" is by far the much better film, which also makes the weaknesses of the theatrical version much more obvious. It really is a whole new movie, even if the story at its core is the same:

Superman (Henry Cavill) is dead, and that becomes really dangerous for humanity. Because when a powerful adversary comes to Earth in the form of Steppenwolf, it heralds the end of our world. Bruce Wayne (Ben Affleck) a.k.a. Batman, together with Diana Prince a.k.a. Wonder Woman (Gal Gadot), wants to recruit other super-powered humans to put a stop to Steppenwolf and his army. But although they manage to assemble a powerful team in Aquaman (Jason Momoa), The Flash (Ezra Miller) and Cyborg (Ray Fisher), when faced with Steppenwolf's incredible power, it becomes clear that the Justice League is missing a key member - Superman!

Yes, at first glance, the story is the same as in the theatrical version. But because it's told in a much more elaborate way, and with some special plot elements added, it still feels very different. And, more importantly, it feels much more coherent and epic than the theatrical version. The individual characters especially benefit from this. In the theatrical version, for example, you always had the feeling that Barry Allen aka The Flash was only there to provide a few good laughs. In this version, the character and his backstory is much better fleshed out and therefore more interesting. However, this is especially true for Victor Stone aka Cyborg. His story is told in such detail that the character takes on a whole new, very central importance. No wonder Zack Snyder calls him the "heart of the film".

After the four hours, which really fly by, especially from the second half on, you honestly wonder why the studio was not very enthusiastic about Snyder's gloomy version at the time. Had they fully backed him and remained true to that vision after his departure, the film might have been better received by audiences and more successful at the box office. And - what makes the whole thing even more annoying for fans - there probably would have been the planned sequels, for which the Snyder Cut paves the way. As it is, however, they will probably just remain an unfulfilled fan dream - though then, so was the Snyder Cut for a long time...

"Zack Snyder`s Justice League" is not a perfect movie, but it`s a damn good one. Although I liked the theatrical version in its own way and with all its flaws, now that I know the actual, epic version, I will probably never watch it again. Because aside from this cut, the theatrical version really stinks across the board. If you liked the Ultimate Edition of "Batman v. Superman", which the Snyder Cut directly follows (despite the "Martha" moment), and if you`re in the mood for a really really great superhero movie again, you definitely shouldn`t miss "Zack Snyder`s Justice League". Absolutely worth seeing!!!