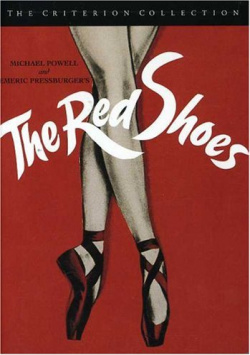 Lecture by Susanne Marschall and screening
b> On Tuesday, March 14, 20:30 at the cinema of the Deutsches Filmmuseum

RED. A film installation in space is the name of the special exhibition, which can be seen at the Deutsches Filmmuseum until August 13. In the in-house cinema, film screenings as well as various lectures on the role of the colour red in film take up the theme of the exhibition. In March, Susanne Marschall explains how Michael Powell's and Emeric Pressburger's 1948 ballet film THE RED SHOES became an avant-garde work of art with the help of Technicolor, a color film technique. The audience then sees the classic on the big screen.

The color red in all its variety of meanings and effects is at the center of the artist's film THE RED SHOES. The red that the painter Hein Heckroth conjured onto the canvas in various forms together with the directors Michael Powell and Emeric Pressburger and the cameraman Jack Cardiff owes its special quality to the color film process Technicolor. The lecture introduces the colour design of the famous ballet film, in which film, theatre, dance and painting find their way to an avant-garde synthesis of the arts.

Susanne Marschall holds the Chair of Film and Television Studies at the Institute of Media Studies at Eberhard Karls University Tübingen. She is director of the Centre for Media Competence and speaker of the newly founded Tübingen Research Centre for Animation.