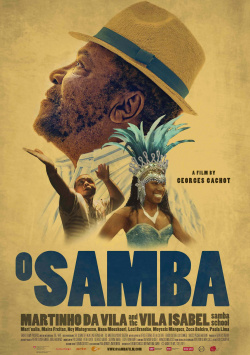 (kus) From 16 to 22 March, Filmforum Höchst will once again be presenting the Brazilian film festival Cinebrasil. It offers an insight into the current, diverse filmmaking of the largest Latin American country and presents films that have won awards at various festivals.

"Tudo que aprendemos - the violin teacher" tells of the healing and emancipating effect of music on the children of a favela. "O último drive-in - das letzte Drive-in Kino" tells of the love of cinema in which a son tries to save his father's drive-in cinema. "O lobo atraz da porta - The Wolf Behind the Door" is a thriller and deals with the widespread fear of kidnapping one's own children in Brazil. "Vidas partidas - Broken Lives" deals with the problem of domestic violence against women, which is very present in Brazil, in this case in bourgeois circles. "Nise: O coração da loucura - Das Herz des Wahnsinn" is the cinematic biography of the psychiatrist Nise da Silveira, who in the 1930s resisted the electroshock method and went new ways in occupational therapy.

On the occasion of the 100th anniversary of Samba, "O Samba - Marthino da vila and the Samba School Vila Isabel" is running. The documentary accompanies one of the most famous composers and singers of Samba and Musica popular, Martinho da Vila, who presents his Samba school in Rio de Janeiro. In the documentary film "5x Chico", five filmmakers follow the course of the Sao Francisco River and document the beauty of the Brazilian landscape and life in the various provinces along the river.

The program was developed in cooperation with Cinemanegro/Sidney Martins and is supported by Brot für die Welt and the cultural department of the Brazilian Embassy Berlin.

All films are shown in original with German or English subtitles. On http://www.filmforum-höchst.com/cinebrasil.html you will find film descriptions (also in Portuguese), dates, photos and above all trailers of the films.

The entrance fee is 7 Euro, with Frankfurt Pass 3,50 Euro.