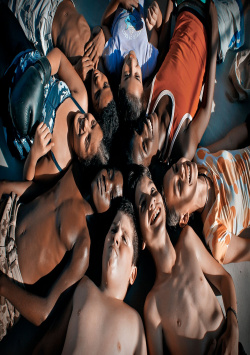 (pia)) Filmforum Höchst is celebrating the Festival Cuba in Film until 16 May - this year it is taking place for the 20th time.

There is a lot going on in Cuban society and this is also reflected in the Cuban film, which in turn is not without influence on Cuban society. Cuba in Film presents the latest productions premiered at the Festival of New Latin American Cinema in Havana last December.

Conducta, a box office hit in Cuba, will open the festival today, 7 May. Director Ernesto Daranas will be present at the German premiere of his film.

The organizers also expect Marilyn Solaya, who repeatedly addresses and defends sexual diversity in her documentaries and brings along her first feature film Vestido de Novia. With La Pared de la Palabras, the organizers present the latest film by Fernando Perez, one of Cuba's most important directors. He tells the story of Luis, a young man who has suffered from dystonia since childhood, making it impossible for him to communicate through words or the body. The Omega 3 film by Eduardo Del Llano proves that science fiction film is now also part of Cuba's repertoire. He is an old friend of the festival, known to the public for his biting, bizarre and black humour films.

In addition to other current feature films and documentaries, Cuba presents a number of classics from Cuban film history on the occasion of its anniversary, including the satire Muerte de un Burocrata - Death of a Bureaucrat by Tomás Gutierrez Alea from 1966, the cross-genre experimental film Las Aventuras de Juan Quin Quin (1967) by Julio Garcia Espinosa and Lucis (1968) by Humberto Solas, which was long regarded as the best Latin American film.

The short film competition with selected works from the International Film and Television Academy EICTV in San Antonio de los Baños and the Muestra Joven ICAIC festival gives an overview of the very young film in Cuba. A jury of Hessian film students compiled a representative selection of short films and selected Nudo as the prize-winning film, whose director Juliana Gómez Castañeda will personally receive the 500 Euro Short Film Award Young Cuban Film 2015 in Frankfurt. Frankfurt director Hans-Peter Böffgen will also present his documentary Melao de Caña, shot in Cuba, as a German premiere in the Filmforum.

The concert of the Cuban group Tumbao Cubano on 13 May at the Orange Peel as well as a discussion with the Cuban social and economic scientist Esteban Morales entitled "The new confusion - The political, economic and social situation in Cuba" on 9 May at the University of Cuba in the city of Cuba. May in the Katholische Hochschulgemeinde, Siolistraße 7, complete the program.

Source: Press and Information Office City of Frankfurt am Main