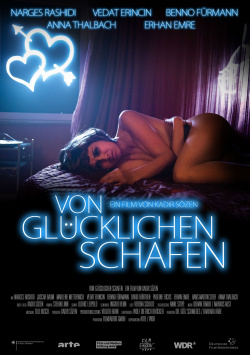 FROM Lucky CREEPs on Cinema Tour in Frankfurt

A family breaks up: A Cologne pensioner (VEDAT ERINZIN) hasn't spoken to his daughter Elmas (NARGES RASHIDI) for years - his grandchildren Can (JASCHA BAUM) and Sevgi (MARLENE METTERNICH) wonder why, because the single mother works very hard and cares lovingly for her children. By chance, the adolescent Can discovers Elmas' secret one day: She doesn't work in hospital, as she claims, but earns her money as a prostitute in Klaus' brothel (BENNO FÜRMANN). In his horror, Can can only react hatefully and flees with his sister to Grandpa, who reluctantly takes her in. Elmas is also traumatized by this confrontation, leaves the brothel and now works as a cleaning woman in a Catholic church.

The grandfather notices that Can repeats the mistake he made himself because he cannot forgive Elmas and uncompromisingly excludes him. Grandpa and grandchild make friends, and after some time of reflection the children are ready to return to their mother's home. Elmas promised to lead a bourgeois life. But then one day Can follows her and watches her go back to the brothel ...

With precisely structured, realistic images and through the subtle, unpretentious play of his extraordinarily intense actors, director and producer Kadir Sözen ("God is dead", Grimme Prize for "Time of Wishes") shows the everyday life of a family in which the inevitable collision of desire and reality triggers all the more shocking devastations. The leading roles were played by Narges Rashidi ("Putting his heart and soul to the test", "Ghost driver", "Night shift"), Jascha Baum, Vedat Erincin ("Almanya") and Benno Fürmann ("The loneliness of the killer before the shot", "The blind spot").

The cinema tour takes director Kadir Sözen and lead actress Narges Rashidi to the CineStar on Mainzer Landstrasse on Wednesday, 25.03.2015, at 8 pm!