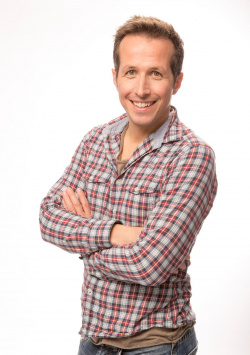 The 38th International Children's Film Festival LUCAS is taking place from 27 September to 04 October. With its extensive programme, the festival once again proves that children's films can't always only inspire a young audience. Good children's films also fascinate the parents. LUCAS 2015 would like to prove this once again with competition films, which include not only feature films but also a number of short films. The various festival contributions will be presented in the cinema of the German Film Museum, the Cinestar Metropolis and the Caligari Wiesbaden, some in the original language of their country of production. The German translation is, however, clearly understood by everyone. A total of six prizes will be awarded by three juries. Among them, of course, is the Audience Award, with which the most popular film of the festival has been awarded directly by the audience since 2010.

2015 There is an interesting innovation: in the 38th edition, the film festival presents successful and popular television productions on the big screen. LUCAS and its young visitors are particularly looking forward to the visit of the world researcher Willi Weitzel. The reporter and presenter known from the program "Willi wills wissen" and other TV formats will be a guest at the Cinestar Metropolis on Thursday, October 1, 4 pm. Under the title "Fliehen, Flüchtling, Flucht" Willi Weitzel presents his documentary film about a refugee camp in Malawi and reports about an aid project for children at the Syrian border. With this event, LUCAS continues the highly acclaimed theme of migration from 2014 and again illuminates the fates of children who are losing their homeland.

For friends of the mystery genre, LUCAS will be showing the series event ARMANS GEHEIMNIS (Germany 2015, R: Alex Schmidt) on the cinema screen for the first time on Friday, October 2, 4 pm. Fans can watch the complete first season of the family television series produced under the auspices of WDR and broadcast on ARD at Easter. It tells the story of five young people from difficult families who have adventures on a horse farm. Using the example of ARMANS GEHEIMNIS, the International Children's Film Festival focuses on elaborately and complexly told television productions.

LUCAS focuses on the importance of children's films in international cinema and thus dispels the common prejudices that children's films only originate from Disney or must necessarily offer great 3D computer animations or very simple jokes. Children's films can also be original, funny, moving and profound in other ways. And it doesn't matter where they come from. Whether Europe, Asia or Africa, these film industries also have a number of highlights to offer, of which small and large festival visitors should definitely see for themselves.

You can get the whole programme here: Www.lucasfilmfestival.de