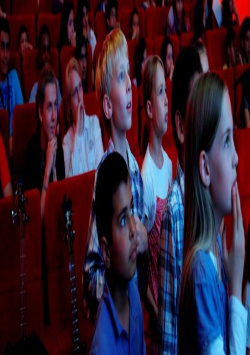 LUCAS International Festival for Young Film Fans is looking forward to an exciting program for the 40th edition of the festival from the 1st to the 7th of May. October

LUCAS International Festival for Young Film Fans presents 1. until 7 October 2017, the world's best films for young audiences at the German Film Museum and other venues in Frankfurt, Offenbach and Wiesbaden. The broad spectrum of feature, documentary, animated and experimental films offered in their original version and German language is aimed at children, young people and young adults aged four to 18plus. LUCAS offers the audience numerous opportunities to participate in the festival: behind and in front of the camera, as jury members or presenters. In exciting conversations with the guests, young film fans can immerse themselves in the world of films for a week.

A particularly lavish anniversary programme with a family film day for the whole family on Tuesday, 3rd Sunday. October, was also made possible by the additional financial injection of 20,000 euros, which was called in at the crowdfunding competition of kulturMut, an initiative of the Aventis Foundation, together with startnext.com and the Kulturfonds Frankfurt RheinMain. The LUCAS team is extremely pleased that so many supporters have been mobilized in the crowd and that we are receiving the additional funding," said the Artistic Director, Cathy de Haan. "We promise all LUCAS fans a great accompanying program with many possibilities to join in.

You will find all further information here here in time before the festival!