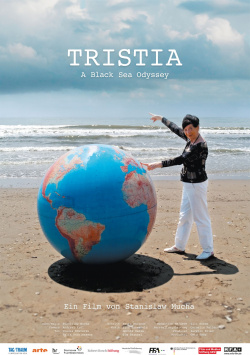 Once around the Black Sea, the unknown and legendary waters!

Stanislaw Mucha is on his way in Germany after his great circumnavigation of the Black Sea to present his documentary film TRISTIA. To present a Black Sea odyssey, to discuss with the audience and to talk about his experiences during the shooting. MFA+ FilmDistribution and TAG/TRAUM Filmproduktion launch TRISTIA. A Black Sea odyssey on 19 March 2015 in the cinemas.

During the LICHTER Filmfest Stanislaw Mucha makes a stop in Frankfurt on his round trip and is available for a discussion with the audience after the screenings:

Once around the Black Sea, the unknown and legendary waters. Stanislaw Mucha's Odyssey leads through seven countries: where the border between Asia and Europe runs and where civilization and barbarism have their origins. Fascinatingly beautiful coastal areas, romantic cliffs and picturesque harbour towns clash with colourful multiculturalism, post-communist ghosts, the seductions of capitalism and current theatres of war.

Stanislaw Mucha takes us on an amazing and lively journey along the Black Sea coast for over 5,000 kilometres. Between Crimea and Caucasus, Turkish north coast and Danube delta there are landscapes whose magic and destruction is equally unique. The film captures the collision of mythical images in which time seems to have stood still with the rapid, multicultural transformation from post-communist ideas to capitalist temptations. In front of Mucha and his film team lie six and seven countries respectively. Seven, because a country officially doesn't exist: Abkhazia. After Ukraine and Russia, comes Abkhazia (hidden between Russia and Georgia), then Georgia, Turkey, Bulgaria and Romania. All these countries limit the great inland sea, which is also called the "mother of the seas".

The Black Sea is the sea of contradictions: Orient and Occident, civilization and barbarism, theatre of war and holiday resort meet here, splendour stands next to tranquility, salt meets fresh water. This region has always been the stage of world history and is shaken by conflicts - most recently again by the bloodshed in Crimea. The people are blessed with countless promises of happiness and are always shaken by disappointments.

All further information about the film can be found here: www.mfa-film.de