In Frankfurt, enjoyment is especially important. Let yourself drift and discover our restaurant tips, Frankfurt Cafés, cool bars, delicatessen shops in Frankfurt, true gourmet temples, street food markets and much more. The variety of restaurants in Frankfurt will inspire you. There is a contact point for every taste in Frankfurt. You're sweet-talkers? Then the cosy little cafes in Frankfurt with their sweet tartlets, creamy coffee specialities and handmade pralines are just made for you. You love it solid? Frankfurt cuisine has a lot to offer. Here you will find a lot of pleasure tips when it comes to eating typical Frankfurt food. But international cuisine is also in demand in the Main metropolis. 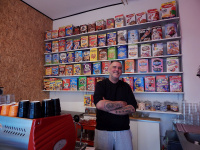 A bowl of cornflakes for breakfast - an everyday ritual for many people. But that you can make much more sophisticat 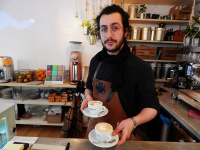 If you enter the Bohnerie on Eschersheimer Landstraße, you will not only notice the intense smell of freshly roasted

Café Karin - One of the first breakfast ad..

Perfectly located between Hauptwache and Goethehaus is the Caf&eacute; Karin. Over 25 years ago, the popular Caf 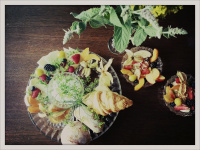 Let's be honest: The upper part of the Zeil is not necessarily one of the most beautiful corners of Frankfurt city c 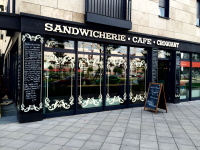 The Cáfe Croquant - Paris flair in the Eur..

This young district of Frankfurt is still under construction. It cannot really be said that life pulsates here, even 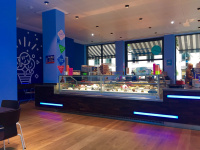 The AROMA ice cream bar in downtown Marburg, opened in 2011, not only inspires the guests. The editorial staff of FE 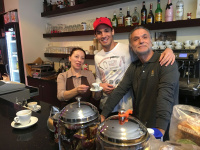 Caffeppuccino - The best espresso in Gallu.. 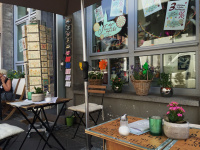 3 years of relaxation and enjoyment in the..

There are places in Frankfurt where life always pulsates. The area around the cathedral belongs to it in any case be

Under the Niederräder Bridge there is a real gem of Frankfurt: Das Orange Beach. Actually, the whole thing is just a 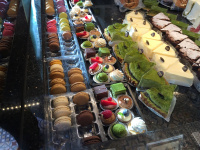 Iimori - Where Japan and Paris meet in Fra..

There are numerous cafes, souvenir shops and restaurants around the Roman Empire. There are some really good and bea 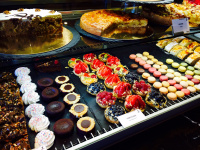 Einstein Kaffee has a real tradition in its home Berlin. In the capital alone, there are now 22 branches, others in 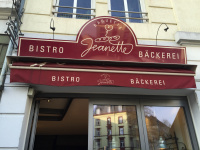 French flair on Berger Street - you can find it at Baguette Jeanette. Right on the square around the clock tower in

Queue for the best ice in town? The ICE CH.. 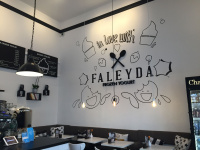 Das Café Faleyda - Not too sweet but still..

At the beginning of January, Merianplatz opened the Caf&eacute; Faleyda. As in the previous store, there are sti 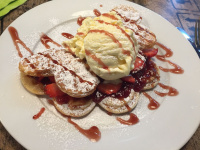 UPDATE: WAFFLE WORLD 34 HAS CLOSED LESS DURATION! Living in a big city like Frankfurt has many advantages. One of th 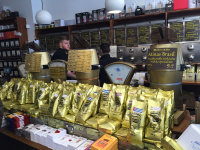 Regardless of whether the sun is shining or whether it is raining, those who pass by Wackers Kaffee's head office at 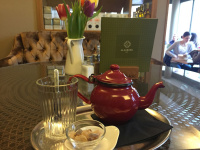 The GLAUBURG Café: out of love for the nei..

Cosy furnishings, warm service and delicious culinary delights - these are the characteristics of the GLAUBURG Caf&a 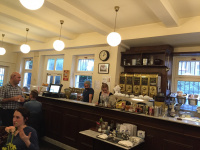 Admitted: There are some nice cafes in Frankfurt and fortunately the trend is towards more individual and better qua 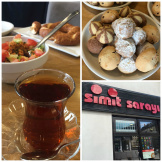 2012 has opened the first German branch of a Turkish franchise chain in the station quarter. In January 2016, howeve 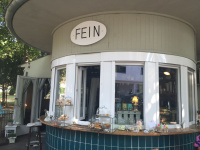 The FINE - A water house becomes a café

Everyone knows them, everyone has at least one lasting memory of them: the water houses, the booths, the drinking ha 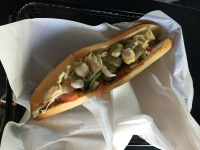 For some time now Frankfurt has been enriched by a culinary discovery: rapper and restaurateur Hassan Annouri has op

In the middle of Sachsenhausen, at Wallstrasse 26/corner of Brückenstrasse, the small but fine ice cream shop Bizzii