In Frankfurt, enjoyment is especially important. Let yourself drift and discover our restaurant tips, Frankfurt Cafés, cool bars, delicatessen shops in Frankfurt, true gourmet temples, street food markets and much more. The variety of restaurants in Frankfurt will inspire you. There is a contact point for every taste in Frankfurt. You're sweet-talkers? Then the cosy little cafes in Frankfurt with their sweet tartlets, creamy coffee specialities and handmade pralines are just made for you. You love it solid? Frankfurt cuisine has a lot to offer. Here you will find a lot of pleasure tips when it comes to eating typical Frankfurt food. But international cuisine is also in demand in the Main metropolis.

Good plain, Italian or Indian cuisine? The Frankfurt-Tipp.de editorial staff tests the restaurants of the city for you.

SAVE THE SUMMER - STADTSALAT launches new ..

When it gets colder outside and darker earlier, when the days are more dominated by rainy grey, then people increasi

Culinary short trip to the Orient in the L..

- Advertorial - Those who think of culinary Frankfurt will immediately see a portion of hand cheese, delicious semol

As holiday for the palate: The French rest.. 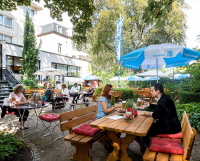 - Advertorial - Around the station quarter life pulsates. Here commuters rush hectically to work or to the well-earn

There are places in Frankfurt that rightly deserve the name "Jewel". The restaurant "Blaues Wasser" undoubtedly belo

Enjoy in a special ambience - The Restaura.. 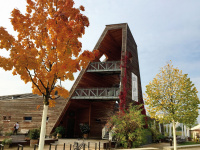 A hint of green in the urban jungle: The a..

The European quarter grows and grows. Since 2005 they have been building what they need. And in recent years, the ne

Close your eyes and dream of distant worlds: Especially in winter it's really good. And now imagine you can see the

Admittedly, at first glance there may seem to be very little to recommend the Pizzeria 7 Bello in the station distri

Take a look Who Da Kocht - A paradise for ..

Daniele Marino and Hernando Ospina have been good friends since their youth. They have been working together for som 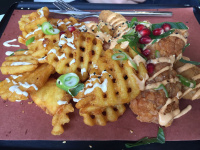 Gokio Bros - A culinary enrichment for Nor..

The Oeder Way is becoming more and more versatile and interesting. In addition to falaffel, Indian and Vietnamese cu 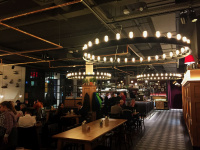 At the foot of the new Henninger Tower Frankfurt's first official Henninger Brauhaus has opened. Although the city h

You're standing in the middle of the line - and suddenly it's there: terrible hunger. There we have a somewhat hidde

Wonderful - The cult location in Höchst

There are not many localities that will last for years or even decades. In the gastronomy sector in particular, chan

The Harvey`s - For breakfast with Elton Jo..

Their names are "Rosa von Praunheim", "Dirk Bach", "Hella von Sinnen" or "Elton John" - the names of the breakfast o 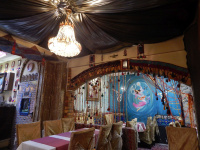 The Iranian island of Kish, also known as the "Pearl of the Persian Gulf", was once an important port of call for me 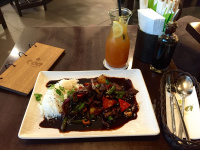 Coa - A recipe for success from Frankfurt

When the brothers Alexander and Constantin von Bienenstamm, who were born and raised in Hong Kong, came to Germany, 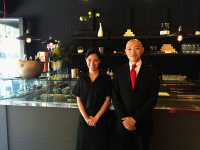 About two years ago, Ramen Jun, the first European branch of the Ramen restaurants so successful in Tokyo, opened at

DAUERHAFT CLOSED. We will inform you as soon as there are new infos. (Update: 20.7.2018) Namaste! In Frankfurt, ther 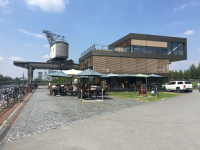 Enjoyment with skyline view: The East

There are locations where you can enjoy not only delicious food or good drinks, but also a very special view. Oosten