At 19 o'clock in the Great Hall: Spotlight-Mini

Charleston, the port city in the state of South Carolina, is today one of the ten most dangerous cities in the USA - and was probably also in the early 20th century. Century no place of pure joy. The settlement Catfish Row, however, the ghetto of the African Americans there, has brought it up to the opera stage, to the venue of George Gershwin's "Porgy and Bess". The Catfish Row is not a good address, but sometimes it is very loving - for example when a child is sung to sleep with "Summertime". Gershwin himself studied urban lifestyle and the pulse beat of a metropolis a few years earlier: He was "An American in Paris", spent two months drifting through the Seine metropolis between the rush hour on the Champs Elysees and the red light ambience at Montmartre. "It is my intention to reproduce the impressions of an American traveller strolling through Paris, listening to the noise of the streets and absorbing the French atmosphere" - whereby he intended to reproduce the noise of the streets in its original sound by importing real taxi horns into the USA. The first work of the evening whets the appetite for the new season: With "Samuel Barber's "Toccata Festiva" the star organist Iveta Apkalna can be experienced for the first time as the new "Artist in Residence".

text source and further information about this event: https://www.alteoper.de/de/programm/veranstaltung.php?id=521191699 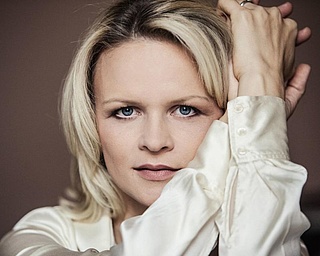