Kasimir and Karoline, they are actually looking for pleasure, deeply struck and unsettled by the loss of his job, let themselves be fueled by alcohol and abuse, stunned and gradually lose sight of each other - literally and figuratively.

World economic crisis, beer mood and the emerging fascism of the brown hordes: The picture of German society towards the end of the Weimar Republic, as painted by Ödön von Horváth in Kasimir and Karoline, is extremely multifaceted. The ordinary people groan under the explosion of rising unemployment, the gap between the population strata becomes wider and wider. But the play by the Austro-Hungarian writer is also a relationship drama, a sharp analysis of the self-destructive illusions to which the two lovers repeatedly indulge themselves and of ignorance and blindness towards the catastrophe that is becoming increasingly apparent.

Love is a highly fleeting feeling in times of fear of losing one's job and the associated social decline, in the midst of firmly established social norms and rules and a world that is staggering towards the abyss due to the emergence of fascism - this sobering insight continues to move us today as it did then.

Text source and further information about this event: http://www.kellertheater-frankfurt.de/produktionen/kasimirUndKaroline/index.html 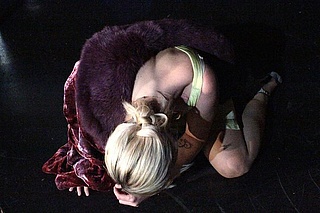