Beyond correctly recognized and misunderstood, "Is it true?" is about the joyful handling of different perspectives and what happens when they become reality. A declaration of love to theatre, to inventing, interpreting and puzzling together.

M O N S T R A was awarded the "Karfunkel", the Frankfurt Children's and Youth Theatre Prize of the City of Frankfurt in 2020. 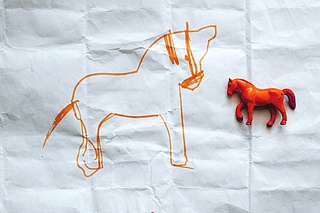