Pawel Popolski - Except the Edge and the Band

In the new Popolski living room show Pawel Popolski presents further sensations from the world of pop music. Like Grandpa Popolski invented technobeat at a gherkin breakfast with a pepper shaker, two peppers and a boiled egg. Or why reggae is really just a polka at half speed. He reveals the secret of the most important instrument in pop history and tells the story of the ancient Polish Mayek people who not only invented the pyramids but also foretold the greatest catastrophe of pop music: Dieter Bohlen.

Dorota Popolski opens her private photo album for the first time and reveals the long list of her most spectacular love catastrophes. From the Polish standing violinist David Garretski to Justin Biberek to celebrities from film, television and politics, everything of importance is represented. She sings the most beautiful love song in pop history: "Polka was my First Love and it will be my last..."

And of course vodka is drunk again with the whole audience. Maybe even one or the other Popolski family member will drop by... In any case "the mail goes through the ceiling" again"

text source and further information about the event: https://batschkapp.tickets.de/de/tour/1000953-pawel_popolski 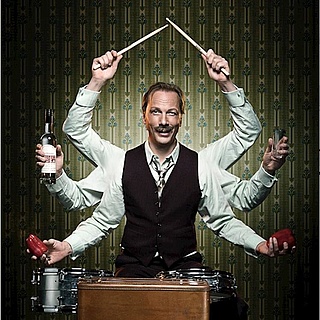