Whether in the Festhalle, at the Book Fair, at exhibition openings, galas or other events - prominent stars always pay their respects in Frankfurt. And some of them even have their roots in the city or started their careers here. And it is these well-known personalities that are the subject of the new special exhibition "Abgelichtet! Stars in Frankfurt", which can be seen at the Institute for Urban History Frankfurt until 28 August 2022. Here you can meet screen heroes, sports icons, musical virtuosos, word artists, artists and inventors who came from Frankfurt, worked here or performed here. There really is quite a lot to discover.

Local celebrities like Liesel Christ, Bernhard Grzimek, Lia Wöhr, Albert Mangelsdorff, Marika Kilius, Kurt Halbritter, Sabrina Setlur, Michael Groß, Steffi Jones, Badesalz, Tankard, Nadja Benaissa can be seen as well as international celebrities like Michael Jackson, Helene Fischer, Sylvester Stallone, Elton John or Claudia Schiffer. Not all of the stars shown in the exhibition are Frankfurters by birth or by choice, but all of them chose the Main metropolis as their place of work and performance.

"The exhibition and accompanying publication present outstanding images from the Institute's estate and photo collection, drawing in particular on the photographic holdings of the Frankfurter Rundschau, which were taken over by the Institute of Urban History in 2011 and subsequently made accessible for use. It is being presented to the public for the first time in this context and is now putting numerous stars in the spotlight," says Alexandra Lutz, archive director and acting director of the Institute of City History.

A flurry of flashbulbs greets visitors at the entrance plaque: It is not a star who takes center stage on the poster-giving subject, but a group of excited photographers, taken circa 1960, with their flashguns, which were still large at the time. Who were they waiting for, which star did they want to photograph? The question remains open, and the motif makes it clear: "The exhibition not only sheds light on the stars photographed and their relationship to Frankfurt, but also on those who made them stars: the photographers, the modern mass media, and the fans," says curator Markus Häfner, head of the Public Relations Department at the Institute of Urban History, explaining the idea behind the exhibition, which concentrates on the 20th century, a period in which the development of the city's public relations has been a major factor. The exhibition focuses on the 20th century, when the development of mass media made it possible to establish a starting point.

In the showcases, visitors can see numerous objects from the Institute of Urban History's estate collection, such as a youth portrait by Liesel Christ or musical equipment by Albert Mangelsdorff, as well as loans such as swimming trunks by Olympic swimming champion Michael Groß, a tennis racket by Steffi Graf, Nadja Benaissa's Bravo Otto or a guitar by Tankard guitarist Andreas Gutjahr, which the band used for their performance at the DFB Cup final in Berlin.

Admission to the exhibition is free. It is regularly open Monday through Friday from 10 a.m. to 6 p.m. and Saturdays and Sundays from 11 a.m. to 6 p.m. Until Easter 2022, it will be open from as early as 10am on weekend days and until 8pm on Wednesdays. Opening hours on bank holidays can be found at www.stadtgeschichte-ffm.de.

For more information about the exhibition and the extensive accompanying program, as well as current opening hours and supplemental content about the show, visit www.stadtgeschichte-ffm.de 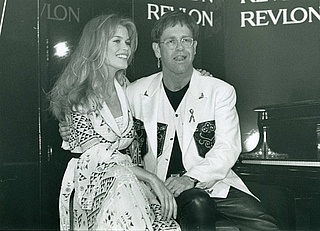