Quixote - Nothing Less Than a Spectacle

"It is always good to begin a press release with a quote." (Friedrich Nietzsche)

Now you will rightly ask yourself: did he really say that? He didn't. But it would be a nice start for such a text, which is supposed to master the difficulty of explaining something that you simply have to experience live. Because there are just such phenomena, whose effect on pictures or in explanations does not come up to the live experience: Polar lights for example, or a naked mole rat. You have to see such things with your own eyes. Just like this stage program.

Clearly, one could praise those hilarious stories Quixote knows how to tell about himself and the aberrations of mankind. One could devote oneself to the touching poetry with which he sides with those whose social voice is hardly heard. One could mention the symphony of nuances with which he plays to the audience, being political without being intrusive. Of course, one could mention the freestylerap that brings the hall to a boil every time - during which the audience interacts. And, of course, one would have to tell about the songs that dress it all up in musical garb.

But would that be enough to describe something that can only fully unfold on a stage for the audience? You guessed it. So, why not pack a sparkler and watch Quixote turn the creative inside of his head inside out. And perhaps, with all due restraint, you will then realize: It's all not much less than a spectacle. 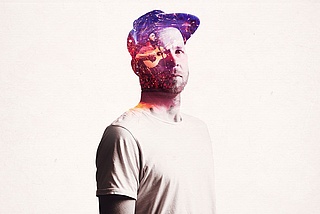