The popular open air short film festival "shorts at moonlight" has also become a victim of the corona crisis. In 2020 it will not be able to take place as usual on the beautiful Schlossterasse in Frankfurt Höchst. But for all short film fans there is good news now: "Shorts at Moonlight" will take place this summer despite Corona! Just - like so many things this year - a little different. Because unaccustomed conditions demand new approaches. That's why the festival's organisation team has decided that this year, for the first time, there will be an online festival consisting of films that have already been shown in previous years and that have been particularly well received by the audience.</You can enjoy your short film either open air in your garden, on your balcony or on the terrace - or independent of the weather in your living room or comfortably in bed. The Shorts at Moonlight team has put together 15 different daily programs for you, each with a playing time of over 1 hour. Each daily program consists of 5 films, plus a moderation and a few short interviews with the filmmakers in the usual way. So despite Corona there is a real festival feeling - maybe not as usual, but still better than a summer without any short films at all.</p>

You are free to choose on which day and at which time you would like to watch the films. The films are provided as pay per view on

A daily program costs 5 Euro, which can be watched for 12 hours after activation.

Furthermore, there is the possibility to buy a festival pass with which you can watch all daily programs. This costs 20 Euro.

Payment is easy via PayPal or by instant purchase.

In this sense: Have fun with many great short films, which already arouse anticipation for the next Shorts at Moonlight Festival, which we will hopefully be able to enjoy together again in 2021. 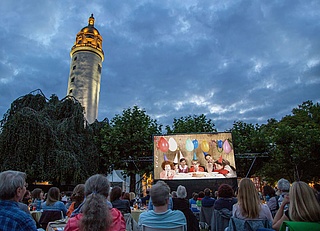