With over 75 sold-out North American shows in 2019, including his sold-out show at Madison Square Garden (New York City) with an expected attendance of 14,000, Trevor brings his highly successful tour to new cities next year. Among them is his only German appearance on May 26, 2022 (rescheduled from May 25, 2020) at the Festhalle Frankfurt.

The first show of the tour took place on January 10, 2020 in Buffalo New York. The cabaret performer, actor and TV and radio host will perform in arenas in the U.S., India, Europe, including Ireland and Germany, as well as many other countries.

The acclaimed comedian, Emmy Award winner and "The Daily Show" host is known worldwide for his insightful and unbiased interpretation of politics and current events. Trevor has written, produced and starred in eight comedy specials, most recently in "Son of Patricia" on Netflix. 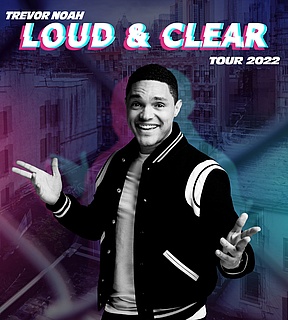