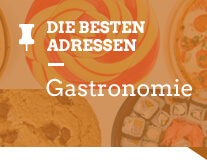 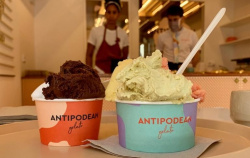 In the difficult times of the Corona crisis it is often the small happy moments that for a short time banish all the worries and uncertainties that plague us. Such important moments of happiness can be found again this week at ANTIPODEAN Gelato, a really special ice cream parlour in Frankfurt's Nordend. Here, Australian-born Rachel Dodoo-Mehl and her team offer a constantly changing range of ice cream varieties made from the best ingredients. Currently, among others, Red Dragon, Blood Orange, Choc Sorbet, Vanilla, Pistacchio, Coco Mango and Salted Coconut pamper the palates of ice cream fans. In addition to seasonally changing varieties and popular classics, there are also special varieties every week, which are only available for a few days.

Rachel Dodoo flour relies on natural ingredients in the production of the ice cream creations, whose recipes are developed with the 2017 (U30) gelato world champion Taila Semerano. Chemicals, artificial flavour enhancers or powders from the factory - with ANTIPODEAN Gelato this does not go into the (ice cream) bag. And it proves impressively how good ice cream made from natural ingredients - which are sourced from the region as far as possible - can taste. The taste is clearly in the foreground here. However, the environment plays a major role not only in the ice cream itself, but also in its production. That is why we purchased state-of-the-art ice cream machines for this ice cream parlour, which use very little energy and run on 100% green electricity. In addition, the spoons, cups and napkins that are handed out to customers here are compostable. 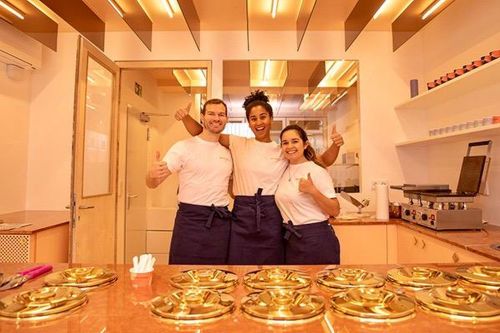 After the re-opening, which was originally planned for the end of March, had to be postponed due to the Corona pandemic, Rachel Dodoo-Mehl and Christian Mehl used the forced extension of the closure to bring together more than 40 other ice cream parlors from Hesse under the title "Die kleinen hessischen Eismacher" (The little Hessian ice cream makers) as an interest group. But now they are very happy that they can finally sell their really, really tasty ice cream again - under strict hygiene conditions, of course. So for the time being, unfortunately, the ice cream is not available in the delicious, home-made waffles, but only in a cup. You can only pay by card and of course you have to wear a mouth guard. And for the customers: Please keep the necessary distance and do not consume the ice cream directly on the spot. </Of course, this doesn't change much about the high quality offered here (and for which you are happy to pay a little more) and the extreme cordiality with which the ice cream is served. The smile that the ANTIPODEAN Gelato team loves to give its guests is also noticeable through the mouthguard. It's clear: If you love ice cream, you should definitely stop by this ice cream parlour in Nordend. </P>