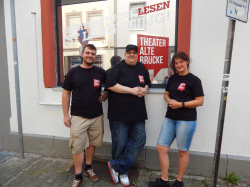 Broadway on the Main: The Theater Alte Brücke in Sachsenhausen

Full throttle into the new season

"Does Frankfurt really still need a theater?" Questions like this confronted the Sachsenhausen boy Alexander Beck when he opened the Theater Alte Brücke on 01 April 2015 in the premises of a former laundry on Kleine Brückenstraße. After the first season, such questions can be answered quite clearly with "Yes". Beck, who travels to New York once a year to see small and large plays on Broadway, has thus brought a little piece of Manhattan to the Main metropolis. And this has been very well received by the audience. The first year, which Beck and his team managed without any funding, almost covered their costs. For a small theatre like this, a more than respectable achievement.

Whoever enters the premises in the former laundry in Sachsenhausen's popular trendy district will quickly feel at home here. Because already the design with its many small details makes clear how much love and heart blood Alexander Beck and his team have put into this "Off-Broadway Theater in Sachsenhausen". Now such an obvious love for the theatre and also for the audience does not automatically mean that what is offered on stage is also convincing. But Alexander Beck not only loves the theatre, he can also play really well. And he has got himself comrades-in-arms on stage who are in no way inferior to him. Whether THE DRECKSACK WITH THE HAT by American playwright Stephen Adly Guirgis, the ensemble comedy DINGE, DIE MAN NACHTS NICHT SAGEN SOLLTE or even dialect theatre such as Wolfgang Deichsel's "Loch im Kopp" were good examples of this in the first season. 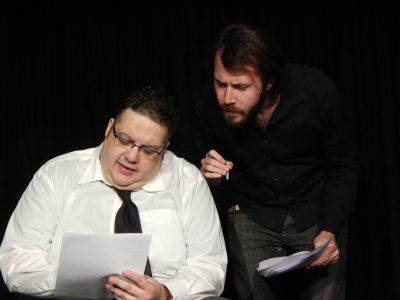 In its second year, the program once again offers great versatility, with the play SWISTER ROSE, also penned by Stephen Adly Guirgis and translated by Alexander Beck, likely to be one of the highlights of the new season. There will also be guest performances, revivals, children's theatre and of course the big surprise success from the first year: the Franz Fischer Revue, which takes place once a month. While the first editions attracted only a small audience, this musical evening of a particularly amusing kind has meanwhile become an absolute cult and is regularly sold out. For the second year, Franz Fischer and his "partner in crime" Nelson van Heuvel have come up with a completely new program, in which, however, some popular classics from the last program will reappear - true to the motto "Es war nicht alles schlecht"! 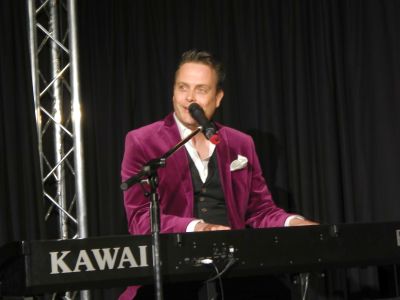 The talk show MELLI REDET MIT, a STEHGREIF-MUSICAL, travesty with Chantal Chablis, an evening with the most biting songs and lyrics by Georg Kreisler, the Christmas satire ACH DU HEILIGE. and much more is on the programme for the season until June 2017. The weekly TATORT public viewing is also a must. Here, even the weakest TATORT becomes an experience when you can discuss it with like-minded people or enjoy yourself. And all this in the cosy ambience of the small theatre - there's really no better way to end a Sunday evening.

An important innovation is the expansion of the management team. As support Alexander Beck has secured the help of Sabrina Faber, who is also responsible for the children's theatre, and Jan Peter Nowak, who has become a real all-purpose weapon not only on but also behind the stage. Both have shown enormous commitment over the past year, going far beyond their actual duties, and are therefore entitled to call themselves assistant managers with immediate effect. 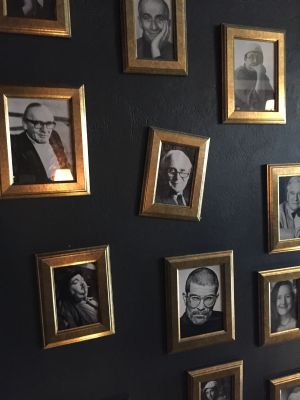 We wish not only the new management team, but all the staff on and off stage and of course especially Alexander Beck the best of luck for the new season. Because in his theatre a very diverse selection of plays and programs are mixed with a lot of love and passion. And you should definitely support this with a visit to the Theater Alte Brücke, so that a little breath of Broadway can also blow through Sachsenhausen in the future. So the best thing to do is to study the playbill and secure tickets: <link http: theater-alte-bruecke.de spielplan _blank>