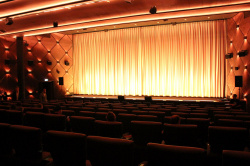 After a relatively short guest performance on the roof of the former shopping center Zeil Galerie, the premium cinema ASTOR Film Lounge had to close its doors again around three years ago. The reason was not poor visitor numbers, but the demolition of the Zeil Galerie. However, the Hamburg cinema entrepreneur Hans-Joachim Flebbe did not want to give up the Frankfurt location. A long search was made for a location that could meet the demands of a premium cinema. That was not so easy, because - and anyone who knows anything about rents in Frankfurt can confirm this - finding something affordable in the required size proved to be extremely difficult.

But then Flebbe met with Marcus Schwartz, center manager of the MyZeil. He was urgently looking for a suitable entertainment concept for FOODTOPIA on the 4th floor of the shopping center, which was still in the planning phase at the time. There were plenty of ideas - from a branch of Madame Tussauds to a climbing hall to a bowling alley - but none of them really took off. But after the meeting with the passionate film lover Hans-Joachim Flebbe it was clear: A premium cinema would be perfect for the concept of FOODTOPIA. The location also corresponded to the ideas of the ASTOR founder. Because he definitely wanted to build not just one, but several halls this time, in order to be able to offer the audience the widest possible selection of films.

The conversion did not always prove to be easy. The large cinema could not be built as large as Flebbe would have liked and there were also some columns he would have liked to remove, but this was not possible for structural reasons. But now it is done: The ASTOR FILM LOUNGE in the MyZeil is open and offers cinema pleasure of the extra class in 5 halls: From the cloakroom and the welcome cocktail up to the adjustable reclining chair in the cinema halls, service at the place during the pre-program and parking possibilities directly in the building, the guests expect a comfort, which they could not experience in the cinema so far. A movie theater to feel good. 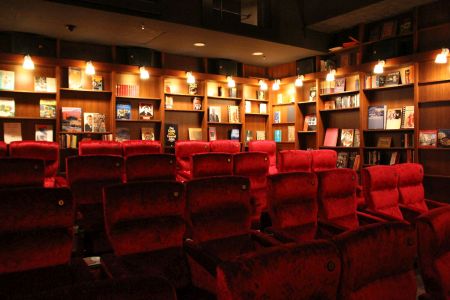 The focus is on the guest and the relaxed cinema experience. Especially in times when streaming services like Netflix, Amazon Prime Video or soon Disney + are becoming ever greater competition for movie theaters, Hans-Joachim Flebbe wants to show with his premium cinemas that the cinema is the place for which films are made and where they develop their magic. Flebbe once co-founded the Cinemaxx Group, the very multiplexes that are the reason why many people no longer go to the cinema: long queues at the box office and at the catering counter, the not exactly pleasant smell of nachos with cheese sauce, annoying mobile phone calls during the film and other inconveniences ensure that the choice between the cinema and the couch at home is not really difficult. With the ASTOR FILM LOUNGE, Flebbe wants to make cinema a real option again.

And he has succeeded with this new premium cinema. The seating comfort is first class, the service at the beautiful bar, which can be visited even if you are not watching a film, and also the really special atmosphere in the small library cinemas make Frankfurt's ASTOR FILM LOUNGE the "place to be" for all cinema lovers. In addition to the large hall with about 200 seats, there are two medium-sized halls with about 90 seats as well as two club cinemas in the library look with about 45 seats each.

In front of the large (to medium-sized) screens, visitors can enjoy the films on comfortable leather armchairs with movable backrests and large row spacing. In the rear box area, the armchairs even allow you to put your feet up - all fully electric and as comfortable as at home on the sofa. The projection and sound systems are also state-of-the-art with modern digital projection including 3D technology and laser projection. In the large hall, the currently best sound system DOLBY ATMOS provides a "3D feeling for the ears". Screen curtains and an elaborate light installation give the term "Lichtspielhaus" real meaning here again.

The ticket prices range from 10 euros to 15.50 euros for regular film screenings - including welcome cocktail and cloakroom. These are really moderate prices considering the service and atmosphere on offer. Many films are shown in the original version with subtitles. In addition, there will always be special screenings such as the popular opera broadcasts. These naturally develop a very special charm in the ambience of the ASTOR FILM LOUNGE.

We are quite enthusiastic about the new ASTOR FILM LOUNGE and can also warmly recommend a visit.

The current program, online tickets and all other information is available at: https://frankfurt.premiumkino.de/

The new Struwwelpeter Museum in the heart of Old Town
David Lloyd Bad Homburg - A fitness club for the whole fam ..