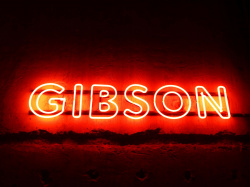 Das GIBSON - One of the most popular clubs in Germany

A few years ago there were a lot of cinemas in the city area. But now the cinemas have given way to a sports house (the wonderful ROYAL), the Hugendubel (the metro in the swan) or, in the case of the Zeil cinemas, the Club GIBSON. Since 2012, the club of Madjid Djamegari and "Söhne Mannheim" GmbH, to which Xavier Naidoo also belongs, has been housed in the gutted halls of the former cinema on almost 1,600 square metres. With first-class technology, such as a Martin Audio System, show technology, an LED wall or even a mobile DJ pulpit, the GIBSON not only offers the perfect space for hot club nights, but also for first-class concerts.

The concept works: In 2013 GIBSON received the FIZZZ-Award as BEST CLUB OF THE YEAR and was accepted into the league of "Worlds Finest Clubs". Series like the weekly appearances of the URBAN CLUB BAND or GIBSON LOVES SATURDAYS have long been cult. And again and again renowned DJs and stars like Ex-Take That Howard Donald or 80s icon Boy George come to Frankfurt to play at GIBSON. Djamegari, former managing partner of King Kamehameha, and his team create a relaxed atmosphere in which not only the guests but also the artists enjoy celebrating. The urban-stylish ambience, the central location and the top-class, varied range of concerts, parties and events make GIBSON one of the most popular clubs - not only in Frankfurt.

Although Djamegari himself once said that the club scene in a city like Frankfurt is constantly changing and that it is therefore not surprising when clubs come and go, one can confidently assume that GIBSON Frankfurt will remain for a long time to come. The guests will be happy about that, after all, it's not for nothing that we say: "It`s all about you"!

The Autokino Frankfurt Gravenbruch - A visit to Europe's o ..
Hafenpark - Sport and relaxation at the foot of the ECB