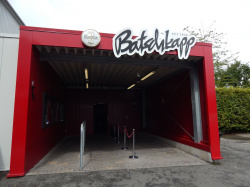 This year a real Frankfurt institution celebrates a round birthday: The Batschkapp turns forty! Hardly any other place in Frankfurt has shaped the cultural image of the city as much as the club, which opened in 1976. There is probably no one who grew up in the 70s, 80s or 90s who does not have a very special memory of the "Kapp". Whether it was the first concert by their favourite band, their first party, their first kiss - history was not only made politically but also very personally in the cultural centre on Maybachstraße in Eschersheim. The Batschkapp also enjoys absolute cult status among many artists. And who hasn't already stood on stage here: Die Ärzte, Die Toten Hosen, Nirvana, Robbie Williams, R.E.M. Lenny Kravitz, Nena, Rio Reiser and and and.

The club, which originated in the haze of Frankfurt's left-wing sponti scene, had to fight for survival again and again, especially in the beginning, and then, after it had established itself as a permanent fixture in the city's cultural scene, went through quite a few changes over the decades. But at its core, the Batschkapp has always remained the same, which is why it was so beloved by its regular customers despite its shortcomings in terms of capacity or technology. That's why there was such an outcry when it was rumored that the Kapp would close its old location in 2013 and move to Seckbach. 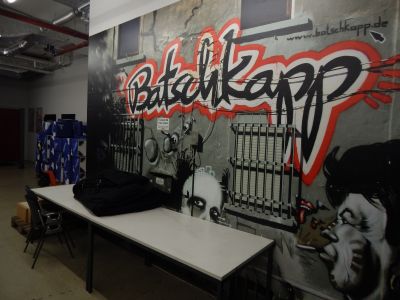 The new location on Gwinnerstrasse may have taken some getting used to at first for Kapp fans of the early days. And there may still be people who just can't warm up to the new hall. But for the team around Ralf Scheffler, the new home was a blessing in many ways. Not only do concerts whose attendance exceeds the capacity of the old Batschkapp no longer have to be moved to the Stadthalle Offenbach or other locations. The comfort for the musicians performing here is also much higher. In the past, all the artists had to share a shower here, which sometimes meant that hotel rooms had to be spontaneously rented nearby just so that an artist could shower in peace. This problem no longer exists at the new Batschkapp with its spacious backstage area. The size of the hall also makes it possible to plan events that would not have been feasible in the old Kapp, but which are important to secure the financial future of this institution. Better technology and a very spacious outdoor area that can be used for music flea markets, summer festivals and other parties also speak in favor of the new location. And for the staff, the office situation has also eased considerably, which is why working here is now even more fun. 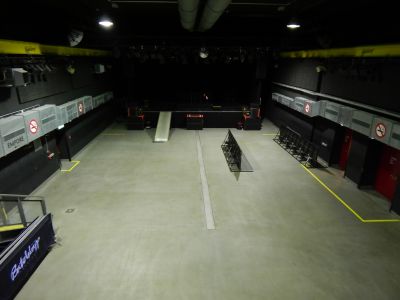 And the spirit of the old house is everywhere in the new hall, too. So you come across photos of the old Kapp again and again and in the backstage area many a memento - from lamps to signs - from the old days can be discovered. It may be that a certain charm, which originated in the anarchic roots of the club, has nevertheless been lost with the end of the old Batschkapp. But nothing has changed in the club's importance as a stage for great musicians, as a party location and as a cultural centre for the city of Frankfurt. And so we wish Ralf Scheffler, Matze Brunner and the rest of the Batschkapp team a happy birthday and here's to the next 40 successful years!!!!

You can find more info at: 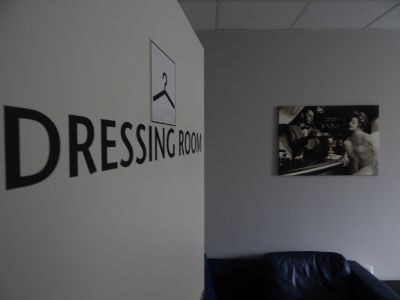 The Festhalle - Frankfurt's Gudd Stubb
Broadway on the Main: The Theater Alte Brücke in Sachsenha ..