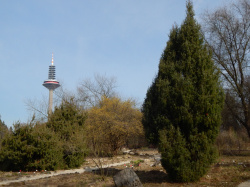 The Botanical Garden Frankfurt: The Little Sister of the Palm Garden

Where can you find northern Japanese hemlock pines, oriental hellebore, the western tree of life or the lovely anemone in Frankfurt? Anyone who has now made a guess about the palm garden is not quite right - but also not quite wrong. The correct answer, of course, is: in the Botanical Garden. And it has been part of the city's Palmengarten since 2012. The visit of the Botanical Garden is, however, in contrast to the Palm Garden, free of charge.

The Botanical Garden was first laid out in 1763, at that time still on an area of almost 1 hectare at the Eschenheimer Tor. At the beginning of the 20th century he then moved to the eastern edge of the palm garden, whereby the area was only marginally enlarged. As the space soon became insufficient, the Botanical Garden moved again in 1931 - this time to its present location. Between Grüneburgpark and Palmengarten, the Botanical Garden is home to over 5,000 species of outdoor plants from the Central European flora, but also from the Mediterranean region, East Asia and Central America on an area of around 8 hectares. Such a variety of trees and plants naturally attracts lots of insects, birds and other animals, for whom the garden is a real paradise.

It is a real listening pleasure when the frogs in the pond with their loud croaking offer an atmospheric contrast to the usual city noise during the spawning season. The Botanical Garden is a small oasis in the middle of the city, which primarily serves science. But this place is also perfect for relaxing and unwinding. If you want to romp around or have a picnic, however, you have to go to the nearby Grüneburgpark, as peace and quiet and the protection of the plants are in the foreground here. But if you simply want to escape the hectic pace of everyday life and want to take a really nice walk, then the Botanical Garden is the right place for you!

Further information can be found at: http://www.botanischergarten-frankfurt.de/index.php 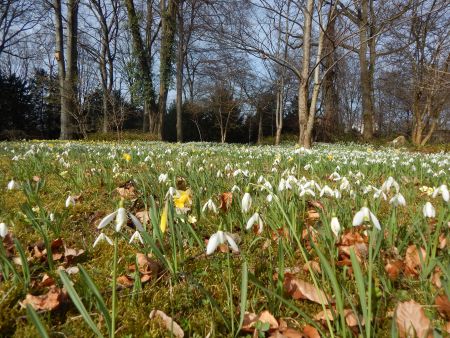 Der Günthersburgpark - Not only in summer one of Frankfurt ..
The Schirn Kunsthalle - Art Enjoyment for Old and Young