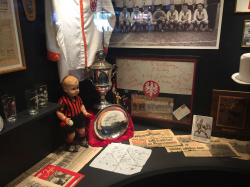 The Eintracht Museum - An Institution for Frankfurt Sports Fans

In November 2017, there were big celebrations at the Commerzbank Arena. Not because Eintracht had won an important match or a superstar was on stage in the arena. No, the 10th anniversary of a real institution for all Frankfurt sports fans was celebrated here. The Eintracht Museum has been located directly under the main stand since 2007. Museum director Matthias Thomas has created far more than just an overview of the history of the traditional club on around 400 square metres of exhibition space. He has created a very special place for all fans, which of course tells of the great triumphs, but also reveals little, unknown anecdotes. In the showcases of the permanent exhibition there are countless memorabilia to discover, from newspaper clippings, old tickets to photos to fan merchandise and, of course, lots of trophies.

In addition, there are informative text panels, inserts of film clips of great games, radio reports and sound bites from contemporary witnesses. Thus, visitors can embark on a rousing journey through time, through the sporting history not only of Eintracht, but of the city of Frankfurt in general. Of course, you can do this on your own during a regular visit to the museum, or as part of a guided tour. And two offers are particularly recommendable:

On the one hand, there is always "Night at the Museum" on Friday evenings: These atmospheric evening tours start at 9 pm and lead not only through the museum, but also through the stadium at night. For those who prefer to experience the whole thing in daylight, the Sunday tours "90 minutes of Eintracht" are highly recommended. Each tour starts at 10:30 a.m. and lasts 45 minutes, during which interesting, surprising and sometimes amusing facts and stories are told about the numerous exhibits. After a short half-time break, the tour then goes behind the scenes of the Commerzbank Arena for a further 45 minutes. Visitors get to see places that would otherwise remain closed to them. This really worthwhile guided tour costs 9 &euro; per person (erm. 7 &euro;).

So if you want to learn more about the history of your favourite club, see some really great exhibits and all that very close to the turf where Eintracht has played so many games, you should definitely pay the Eintracht Museum a visit. 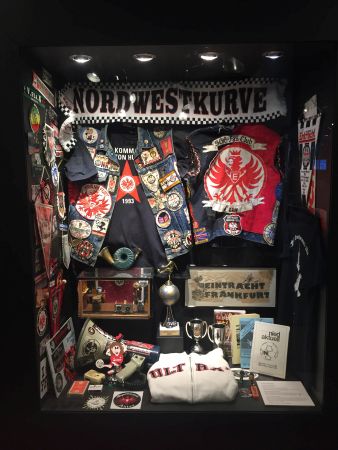 Access: Coming from the tram stop through the main entrance or. Gate 3, coming from the S-Bahn station via the gate to the left of the winter sports hall.

On home match days, the Eintracht Frankfurt Museum is only open from the opening of the stadium (usually two hours before kick-off) and only for stadium visitors with a valid ticket for the home match.

You can find more information at: http://www.eintracht-frankfurt-museum.de

The Willemer House - In Goethe's Footsteps in Sachsenhause ..
The Bread Factory - The Cultural Center of Hausen