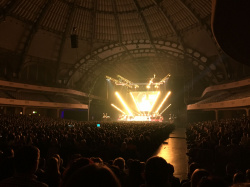 For over 100 years, Frankfurt's Festhalle has attracted thousands of visitors. Whether with concerts by superstars such as Udo Lindenberg, Elton John, Paul McCartney, George Michael or Herbert Grönemeyer, car shows, horse shows or spectacular indoor shows such as Holiday on Ice - the range on offer year after year in the Festhalle usually guarantees first-class entertainment. The 40-metre-high domed building, designed by architect Friedrich von Thiersch, exudes a very special atmosphere.

Maybe there is justified criticism of the acoustics in the hall, which seats up to 15,000 people. Nevertheless, a visit to the building, which was planned as a representative exhibition hall, is always a very special event. Regardless of whether you have experienced a concert by your favorite star here, admired the latest models at the IAA or seen one of the many shows, everyone who has ever been to the Festhalle associates it with a very special memory. 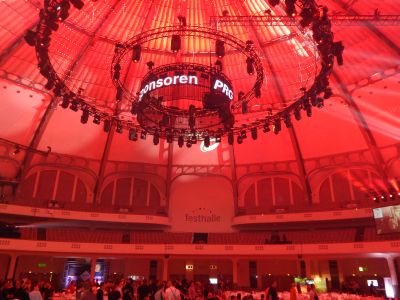