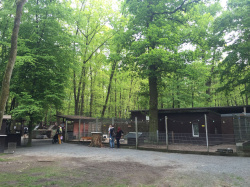 The Frankfurt Zoo is now really known to every child - and far beyond the city limits. But many do not even know that there is still a zoo in Frankfurt, on the edge of the Schwanheim Forest, which could even celebrate its 100th anniversary in the summer of 2016. We are of course talking about the Kobelt Zoo, which was founded in honor of the naturalist Dr. Wilhelm Kobelt, who died in 1916. The 1.7 hectare site is home to around 300 animals of over fifty different species. To some of them, like the massive domestic pig Wolfgang, the small zoo offers a last resort and the opportunity to spend a beautiful and peaceful retirement.

The special thing about Kobelt Zoo is not necessarily that there is no admission fee to visit, but rather that it is run on a purely volunteer basis. There are currently about ten active members and a few volunteers, as well as around eighty passive members. As one of the staff members told us, it is of course exhausting to drive all the way across town to work at the zoo for quite some time after the actual work is done. This not only involves feeding the animals, mucking out and maintaining the enclosures, but also repair work and administration. But all those who help out here put their hearts into it. And then one gladly accepts these efforts.

That running the zoo on a voluntary basis can be very difficult was particularly evident in recent years, when the zoo, which is only financed by donations, was confronted with a number of new requirements that had to be met in order to continue to exist. This cost a lot of time, money and nerves - but with combined forces, but also through many donations from Schwanheimers and visitors, this hurdle could also be mastered. However, as there are always new expenses for the Kobelt Zoo, donations are always welcome. So if you visit the zoo, be sure to leave something in the donation box at the entrance - the hardworking staff and animals will thank you!

Whether the mini Shetland ponies, which you immediately take to your heart with their fuzzy mane, colorful parrots, iguanas, kangaroos, rabbits, snakes, ponies and of course Wolfgang not to forget - especially for children the Kobelt Zoo offers the opportunity to get very close to these animals - of course always combined with the request not to feed them and to pet them only gently. In addition, there is a small playground, a barbecue stall and, on Sundays, cake sales. The proximity to the Schwanheim Forest, the Transport Museum and the large Schwanheim Play Park make the Kobelt Zoo a really nice destination for families on weekends from May to the end of September. But also, who would like to make simply a nice walk, comes here at his expense. From us there is therefore for the Kobelt Zoo a clear: Absolutely recommendable! 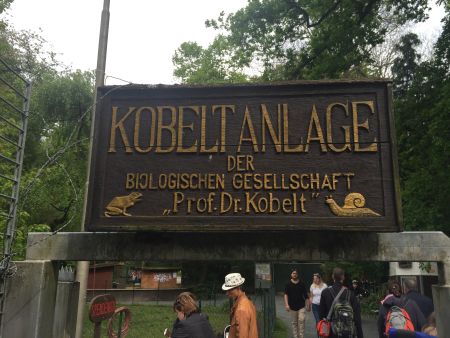