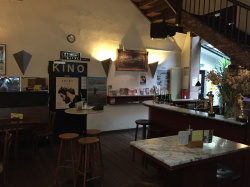 When the small program cinema MAL SEH`N was founded in 1984 by a group of filmmakers and film lovers, it was the only arthouse cinema in the city. A little hidden in a side street in Nordend the cinema had a hard time at the beginning and had to overcome several crises in the course of time. But the makers, who for a long time worked only on a voluntary basis for the small cinema, were not discouraged by this. And this has paid off, because meanwhile the MAL SEH`N enjoys great popularity and has been awarded several times, including the Hessian Film and Cinema Prize in the category "Commercial Cinema".

Demanding films from all over the world are shown in the 80-seat cinema, usually in the original version with German subtitles. Extraordinary documentaries and special film series are also offered here. Lovers of arthauskost beyond the mainstream will regularly find very special pearls here, which the film artist Gunter Deller, who is responsible for the programme, selects with a good eye for real peculiarities. Selected children's films are also shown at weekends at noon.

The cinema also has a very cosy café, where you can relax before and after the film. But also those who don't want to go to the cinema are very welcome in the Café. In addition to coffee and tea there is also wine, beers, juices and a small selection of snacks. You can see that the team around theatre director Ariane Hofmann is here in every aspect with a lot of passion and lifeblood. The MAL SEH`N is a very charming place, but also an important cultural institution, which gives Frankfurt's cinema landscape a very special touch despite its considerable dilution in recent years. For lovers of the extraordinary film an absolute must!

More info and the current program can be found under: http://www.malsehn.de/ 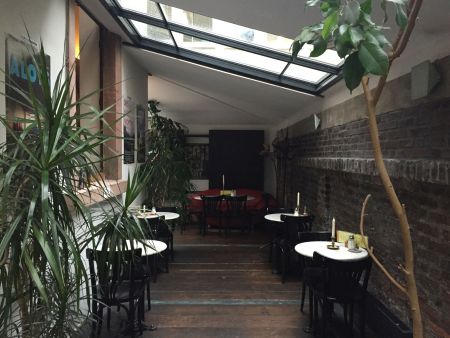 The ExperiMINTa - A Very Special Museum by Citizens for Ci ..
The Naxoshalle - From grinding machines to culture