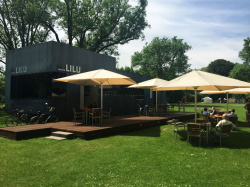 The perfect excursion destination for the whole family: The LiLu

There was indeed a time when swimming was allowed in the Main. On the small Main island on Niederräder Ufer, which was created by the construction of the first locks at the end of the 19th century, a river swimming pool was opened in 1900 and was used as such until the 1950s. But then the water quality of the Main became so bad that bathing was forbidden. The river swimming pool became the light and air pool, which today is actually only known as LiLu.

In the course of time the LiLu has changed again and again, most recently for example by the affiliation to the park-like Main bank zone NU2. But one thing has always remained the same: The beautiful Main Island is a small piece of idyll, a retreat for all Frankfurters: Here you can lie alone on the meadow and read a good book, meet with friends for a picnic or visit the playground with the children. Here, employees from the university clinic and office workers from the nearby office town of Niederrad relax during their lunch break and couples in love sit on the benches on the banks of the Main River.

An architectural speciality has been the PONTON LILU for several years. The Café in ship form can be lifted on pontoons at high tide. The award-winning architecture of the Cafés is a real eye-catcher. Here you can get drinks and snacks, mostly from regional, often even from organic cultivation. The PONTON LILU is open daily from 11 am until the early evening - depending on weather conditions and needs.

The LiLu occupies a special position among the numerous excursion destinations in the city. The biotope is a beautiful retreat, which with its sunbathing lawns, playgrounds and romantic viewpoints offers a pleasant contrast to everyday life in the big city. Who comes over the bridge at the former lock to the LiLu, meets here a further characteristic: the wonderful "Natur Ship MS Heimliche Liebe", a mad nature protection object, which is a very beautiful symbol for the atmosphere on the Main island. So if you want to go on a relaxed trip again, we can warmly recommend the LiLu in Niederrad to you. 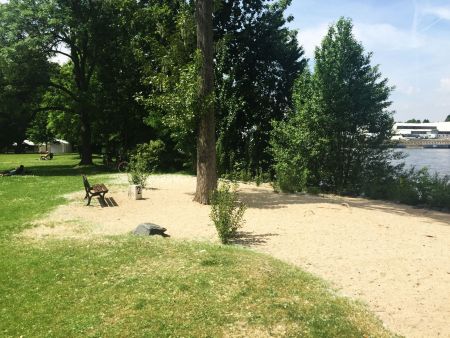 Der Kobelt Zoo - Volunteering for 100 Years
The Dialogmuseum - Over 10 Years of Sensory Experience of ..